A former professional inline skater. He is known for work that often depicts violence, including the exhibit Life, Is Not a Fairytale.

Tyler Shields is an unmarried man till now. He has been in a few relationships in his life. He dated famous American actress and singer Candice King from 2009 to 2010.

After that, he began dating beautiful American actress and model Francesca Eastwood in 2011. After two years of their relationship, the couple broke up in 2013. Since then, it seems like he has not been in any relationship till now. 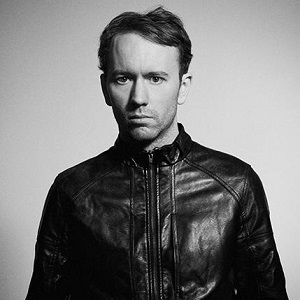 Lips are the fingerprints of love

When you steal from an artist you are stealing their blood, sweat and tears

Life is not a fairytale. If you want something you have to fight for it.

Who is Tyler Shields?

Tyler Shields is an American photographer, screenwriter, and director. He is also a former professional inline skater. He is known for work that often depicts violence, including the exhibit Life, Is Not a Fairytale.

Tyler has photographed celebrities like Lindsay Lohan and Heather Morris.

Shields was born on 29 April 1982, in Jacksonville, Florida, USA. He is the son of famous American author Martha Shields and Jerry Shields.

His educational background has not been disclosed yet. He usually doesn’t talk about his private life in the media and public. He prefers people focusing on his work rather than his personal life.

His nationality is American but his ethnicity is undisclosed.

Tyler Shields first began his career professionally as a vert inline skater. He participated in the 1999 and 2000 X Games and toured with Tony Hawk in 2003. He grew up competing as an inline skater. Tyler began his photography career in Florida in 2003.

Shields collected blood from 20 celebrities to make a piece of art for his Life Is Not a Fairytale exhibit in Los Angeles. He made his directing debut in 2015 with the movie Final Girl. He has a net worth of 1 million dollars.

Shields was criticized for a photoshoot with Glee star Heather Morris with a bruised eye as making light of the abusive treatment of women. He later apologized after receiving death threats, saying, “If you are anti-domestic abuse spread the word about it. Threatening to kill me is not going to help anything.”

He has also been criticized for being derivative of other photographers’ work.

Tyler Shields has a height of 5 feet 9 inches with an average weight. He has dark brown hair color and his eye color is brown.