Updated On October 12, 2022 | Published By: Stanley Williams | In Career
Share this 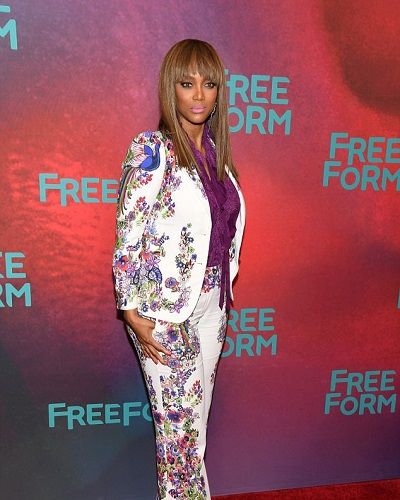 The first movie of Life Size (2000) displayed a girl with no mother who tries to resurrect her mother and ends up bringing a doll to life. For her initial movie, Lindsay Lohan played the character of the little girl.

Will the star of LifeSize be back for LifeSize 2

This time, however, the question was if Lindsay Lohan will make a come back in this movie. Lindsay being a star during her childhood hasn’t been seen in the shows these days but she may be back now, that only Tyra Banks and her team know.

So, Tyra was asked about Lohan’s character in the movie. Although Tyra is known for sharing all the exciting news, she didn’t let anything slip her mouth.

She did give a few hints instead. Regarding the movie, she said:

“Oh, Eve is Eve 2.0. I am proud of this movie. Like, I really think it’s gonna be the biggest holiday movie of the year. Yes, I said it!”

Then, she said this when asked if Lindsay Lohan will be seen on the screen.

The reporters had to push harder, to get the reply:

The Director just said “No”, when Tyra spoke again,

“Exactly! So what do you think that means? You know. Hello, holla!”

Hello, holla? Is this some sort of confirmation? Could be.

Francia Raisa in the coming film with Tyra Banks

Many things about the movie are still secret and the fans are eager to know as much as they can. The only thing that has been known is that actress Francia Raisa will be accompanying her in the upcoming movie.

This movie has a bit different story than the previous one. The anticipated movie’s summary in IMDb says:

“Grace is a hot mess in the middle of a quarter-life crisis, realizing that she is in over her head as a toy company’s CEO. To make it worse, her wild-child ways are causing the company’s stock to plummet.”

For more details, we will have to wait a bit longer.

About the deal with Tyra, the president of Universal Television, Pearlena Igbokwe said”

“Tyra is one of the most driven producers in television. She has long brought incredible passion to her unscripted projects and I can’t wait to start collaborating with her on the scripted side.”

The president of Universal Television Alternative Studio, Meredith Ahr also had great things to say about Tyra and her works:

“‘America’s Next Top Model’ has been on the air for 24 seasons, proving Tyra’s standing and commitment as one of television’s top producers. We are thrilled to infuse her creative vision, expertise and dedication into our studio’s development.”

Tyra’s two Emmy awards for her talk show “The Tyra Banks Show”, show how good Tyra is at her works.

Tyra Banks is an American citizen. She is a television personality, actress, businesswoman, and producer. Additionally, she is also an author, a former model, and an occasional singer. She is well-known for working with Victoria’s Secret as their angel and also with Sports Illustrated Swimsuit. More Bio…