Tyson Apostol dated his girlfriend Rachel Foulger for six and a half years before tying the knot in the years 2014. They were first seen at the Marriage Boot Camp: Reality Stars 2 and he finally proposed to her during the finale. They announced their marriage on March 15, 2015

They are blessed with two daughters, Bergen (born on 2015) and Marlowe (born on 2018). The family currently lives in Mesa, Arizona. 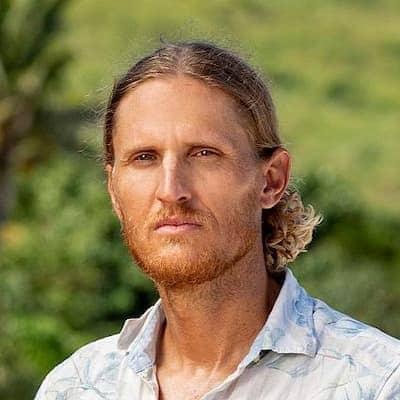 Who is Tyson Apostol?

Apostol claims that his parents were high biggest inspiration but he hasn’t revealed their names. Similarly, he grew up in Lindon, Utah and it’s unclear if he has any siblings. He also spent two years in Phillippines as a missionary in The Church of Jesus Christ of Latter-day Saints.

He holds the citizenship of America and his birth sign is Gemini.

Talking about his education, he attended Brigham Young University on a swimming scholarship but did not graduate. He is also a student of Orem High School.

Apostol is a former professional cyclist who rode for the Austrian cycling team Team Volksbank. Moreover, he is one of the contenders appearing on The Challenge USA since July 6 on CBS. It is a spin-off of the long-running reality television series The Challenge.

Of all his appearances on multiple seasons of the tv series Survivor, he was able to become the winner of Survivor: Blood vs. Water.

Apostol has earned a massive amount of money through his appearance in the TV series. His net worth is estimated at around $45ok.

Although he appeared many times in the show, he has not yet made headlines linked to any major controversies.

There are also no negative or false rumors about him or his personal affairs in the media. However, Survivor has been somehow controversial throughout the year.

Tyson stands at a height of 6 feet 2 inches and he weighs around 75 kg. similarly, he has long blonde hair and charming blue eyes with a pointed nose.