Tyson Chandler is a well-known American professional basketball player. He is best known as the player for Phoenix Suns of the National Basketball Association (NBA). He often plays the center position wearing a jersey number 4. He is married to Kimberly.

Reflecting on a personal life of Tyson Chandler, he is married to Kimberly. They got into a married relationship in the year of 2005 and have been blessed with three children, one son Tyson II and two daughters Sacha- Marie and Sayge.

They have helped New Orleans families that who has suffered from the Hurricane Katrina. He is living a happy married life with his wife and children having no rumor on their separation. Being a celebrity, his fans are always curious to know more about him. 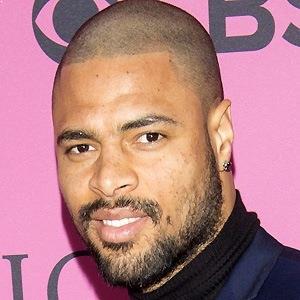 I used to help my grandfather on the farm, driving tractors, raising crops and animals. I used to feed some of the baby cows and pigs, and I had to be no older than 7 or 8. Then at about 9 or 10 I started driving tractors. It showed me at an early age what hard work was all about and how dedicated you have to be, no matter what you do

I play knowing that there is somebody watching me out there in the crowd that has never had the opportunity to watch a game before and it might be the only chance they ever to see one, live in person. Michael Jordan once said that in an interview, and I really took it to heart

whenever I step on the floor, I play for that person

Who is Tyson Chandler?

Tyson Chandler is a well-known American professional basketball player. He is best known as the player for the Phoenix Suns of the National Basketball Association (NBA). He often plays the center position wearing a jersey number 4.

Tyson Chandler was born in Hanford, California. He was born on 2 October 1982 and named Tyson Cleotis Chandler. He is of African American ethnicity and has an American nationality.

He is the son of William Chandler and the late Vernie Re Threadgill. He grew up on a farm in central California with his grandfather till he was 10 years. He has one sister, Erica, and three brothers, Terrell, Trevon, and Ryan.

He studied at Dominguez High School in Compton, California where he has earned accolades from Parade Magazine and USA Today.

Tyson Chandler has been playing basketball since 2001. He started playing basketball professionally after being selected by Los Angeles Clippers in the 2001 NBA draft. Although he was selected by the Clippers, his rights were immediately traded to Chicago Bulls. In Bulls, he was reunited with his high school teammate Eddy Curry.

On 13 July 2010, Chandler was traded to Dallas Mavericks where he had won the 2011 NBA Championship. He was also selected to the NBA All-Defensive Second Team for his outstanding defensive efforts. On 9 December 2011, he signed a four-year contract worth $58 million with the New York Knicks where he has won the 2012 NBA Defensive Player of the Year Award.

On 25 June 2014, he was traded back to the Mavericks which reunited him with Dirk Nowitzki and coach Rick Carlisle. In his debut game, he recorded 8 points and 10 rebounds in a match against San Antonio Spurs. On 9 July 2015, he signed a four-year contract with Phoenix Suns worth $52 million and since then he is playing from team Suns.

He was also a national team member of the United States that won a gold medal in the 2010 FIBA World Championship and 2012 London Summer Olympics.

Except for his trade rumor, he hasn’t been in other rumor and controversy sufferings in his life.

Tyson has a height of 7 feet 11 inches. He has black hair and black eyes. His body weighs 109kg.