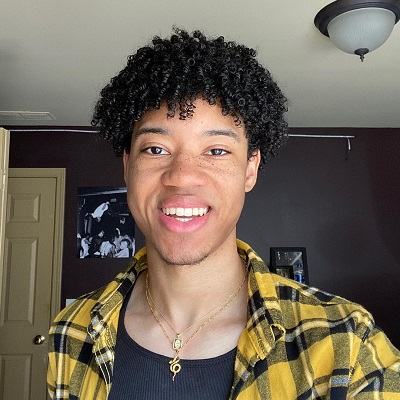 Undos’ current relationship status is possibly single. As of now, he has not introduced anybody as his girlfriend or lover.

Also, he has not shared any details on his previous relationship and dating history too. As of now, he is focused on his career as a social media star.

American Undos is a TikTok Star. He is renowned for his hip-pop dance videos that went viral on the TikTok.

Also, he is a YouTuber too.

His mother, Lt. Kathleen Bernice Jelks passed away on the 25th of July 2011. He shared his mother’s picture via his Instagram post. His father’s name is not revealed.

He has two siblings including a brother and a sister. In 2018, his brother passed away.

Talking about his educational background, he is a High School graduate. However, details on his high school are not behind the curtains.

He started creating content back in July 2019. In the video, he shared some of his own pictures. After that, he headed to the comic and funny content on the app. With those contents, he was earning the followers. However, his TikTok video got noticed when he showed his dance moves.

The increasing numbers of followers inspired him to create such content for his followers. Also, he started working on his skills as a TikTok content creator and also worked on his comic videos too. Later, his comic and dance videos captivated the million of the heart TikTok user making him the TikTok Star.

In the current date, he has around 3.4 million followers on the app with more than 181 million likes which are increasing with passing time.

Apart from TikTok, he is also expanding his career as a YouTuber too. He created his self-titled YouTube channel back in 2012. However, he started uploading the content channel in 2017. Through the channel, he shares some of the funniest and emotional moments of his life.

The TikTok star was caught up in the major controversy for one of his videos on the TikTok. In the video, he is pretending to be a child who has been sexually assaulted by a man. The video didn’t go well to his followers and hence got criticized for it.

Later, the matter sparked when a fellow TikTok star, Wowhadiya made her comment. She was specially requested to make her comments on the specific video by one of her fans.

After that, he went online and apologized for the videos stating that he making fun of the sensitive topics like rape is the dumbest thing that he heard. Further, he told that people who accused him are sick on the head and they need to get a life.

Undos has black eyes with black curly hair. His height is 5 feet 5 inches and weighs around 57 kg.

Talking about his appearance, he has sharp looks with a long facial structure. Also, he prefers to have clean-shave looks.

He also has a self-titled YouTube channel with over 51.4k subscribers and more than 646k views.

You may also read the bio of Jackson Mecham, Emma Kate Loewen, and Erika Kosegarten.

Parents of six children, a tough responsibility for Shannon Bennett and Madeleine!!