Posted by MarriedBiography Posted on March 16, 2020 | In Career , Interesting Facts , Relationship
Share this 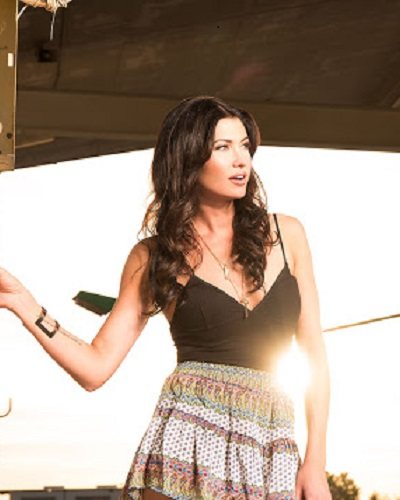 Alison Fiori got to fame after her appearance on Deal or No Deal as a model. She also appeared in movies like Agro, Mikey Boy, and Let’s Make a Deal. Here are a few facts you did not know about the gorgeous model.

The brunette beauty is active on acting, fit modeling, fitness, host, and also a spokesperson. She started to rise to fame after her appearance on Let’s Make A Deal. The model studied at Loyola Marymount University in 1999 and passed out in 2003. She completed her Bachelor from Bachelor of Business Administration Degree in Marketing and Business Law.

Though she got her degrees on Business, she decided to step on the entertainment industry as her career path. the model also took her hosting training from Marki Costello and learned public speaking from  Loyola Marymount University. The model has not yet revealed anything about her love life on the Internet. She may be single as there are no hints of her relationship on social media.

You may also read- Lesser-known facts of Tala Alamuddin, the sister of Amal Clooney!

Some of the jaw-dropping pictures of the model

The model posted this picture on her Instagram account. This picture is from Los Cabos which she mentioned as a tropical picture. Fiori posed on her bikini and topped her look with a hat.

The model gracefully posed on the water on her black bikini.

Fiori came on the stage of Let’s Make A Deal on a beautiful red dress. She kept her make-up simple and completed her look with the sleek back hair.

The model is gracefully posing on a yellow top tied backside with the Calvin Kelvin buttons. She left her hair open and posed in front of a white background.

You may also read- Fun Facts You Did Not Know About Kendall Jenner’s Best Friend Yung Taco!