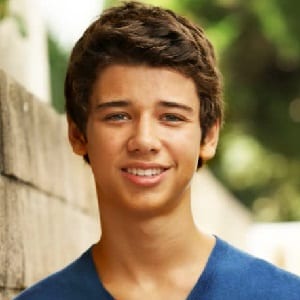 Who is Uriah Shelton?

Uriah Shelton is an American actor and singer. People mostly know him for his role as Jeff Cargill on ‘The Glades.’ Additionally, he has appeared several other movies and television series including ‘Girl Meets World’, ‘13 Reasons Why’, and ‘Enter The Warriors Gate’ among others.

Shelton was born in Dallas, Texas on March 10, 1997. He was born to parents Cindy Shelton and Allen Shelton. Throughout his childhood years, he grew up in Magnolia Springs, Alabama. In addition, as a child, Shelton developed an interest in piano, soccer, and martial arts. He is of American nationality. Furthermore, there are no details available about his ethnic background at present.

Talking about his education, Shelton took a modeling class with his cousin, Charli at the age of 7.

Shelton initially appeared in numerous commercials. Later, he won the 2006 ATA Tae Kwon Do California State competition in all categories. His first television role came in 2007 after he appeared as 11 Year Old Brett in the TV series ‘Without a Trace.’ Additionally, in the same year, he also had a role in another TV series ‘Ghost Whisperer.’ In 2008, Uriah played the role of Tommy in another TV series ‘MADtv.’ Since then, he has appeared in several other movies and television series. At present, he has more than 30 credits as an actor.

Shelton has not revealed his current salary. However, he has an estimated net worth of around $ 2 million at present.

Shelton became part of a controversy after he was accused of kicking his ex-girlfriend. Furthermore, there are several rumors which suggest that he might be dating actress Sabrina Carpenter. This, however, has not been confirmed as of yet.

Talking about his body measurement, Shelton has a height of 5 feet 10 inches (1.78 m). Additionally, he weighs around 62 kg. Furthermore, his hair color and eye color is dark brown.