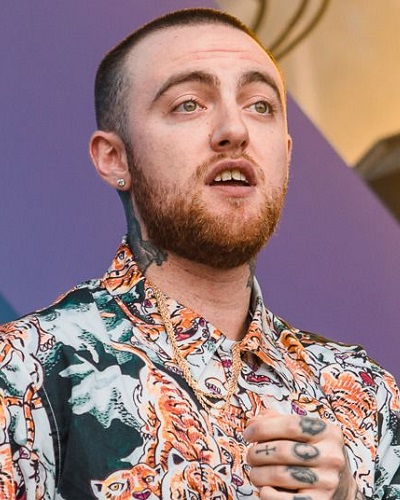 The rapper rose to fame in 2011 after his debut album topped the US charts. His album Swimming was released only earlier this year. With the success of his new album, he was about to go on a tour.

“I just wanna go on tour. The show is going to be special every night. I wish it started tomorrow.”

“The music artist known as Mac Miller died today in his Studio City home. In the late morning of September 7, Malcolm McCormick was found unresponsive…. authorities were called and Miller was pronounced dead at the scene at 11:51 (18:51 GMT). At this time, an autopsy is pending and a cause of death has not been determined.”

His family has released a statement”

“Malcolm McCormick, known and adored by fans as Mac Miller, has tragically passed away at the age of 26. He was a bright light in this world for his family, friends, and fans. Thank you for your prayers. Please respect our privacy. There are no further details as to the cause of his death at this time.”

Break up with Ariana Grande

Miller and Ariana Grande were the IT couple. But earlier this year in May, he and Ariana went through a well-publicized break-up after 2 years of dating.

The couple had met in 2012. Things hit off between the two from friendship to love. They even collaborated on several songs are even performed together at the One Love Manchester concert in 2017.

After the breakup, Miller was not in a good place. In the month of May, he was arrested for driving under the influence and hit and run and Only last month was he charged for his crime.

Also read: Pete Davidson and Ariana Grande share a sweet kiss on stage! Know more about their relationship and engagement!

After the arrest of Miller, his fans put the blame on Ariana as she had ended their relationship and called it a “toxic relationship”.

She had the clap back on Twitter with the statement:

“I am not a babysitter or a mother and no woman should feel that they need to be, I have cared for him and tried to support his sobriety and prayed for his balance for years (and always will of course) but shaming/blaming women for a man’s inability to keep his s— together is a very major problem.

I didn’t share how hard or scary it was while it was happening but it was, I will continue to pray from the bottom of my heart that he figures it all out and that any other woman in this position does as well.”

Ariana Grande disabled comments on her Instagram on September 7, around the evening after Miller fans started to blame her for his death.

One user had written:

“It’s crazy because you really did kill him,”

“This is your fault.”

Mac Miller, whose real name is Malcolm James McCormick was born on January 19, 1992, in Pittsburgh, Pennsylvania, the U.S. His father is Mark McCormick, an architect and his mother is Karen Meyers, a photographer.

Miller had attended Winchester Thurston School and Taylor Allderdice High School. While in high school, at the age of 15, he began to focus on his rapping career. He had said:

“Once I hit 15, I got real serious about it and it changed my life completely … I used to be into sports, play all the sports, go to all the high school parties. But once I found out hip-hop is almost like a job, that’s all I did.”

He is a self-taught musician who learned to play piano, guitar, drums, and bass.

Also read: Cranberries singer Dolores O’Riordan was found dead! Alcohol intoxication and drowning were revealed as the reason for death!