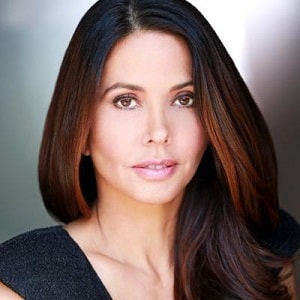 Vaitiare Bandera is currently single. She was previously married to director Peter Bandera from 1994 to 1997. Then, she was in a relationship with Michael Shanks and they began dating in 1998 and welcomed a daughter, Tatiana but they split up in 2000.

Vaitiare Bandera is an American actress who is best known for her role as Luisa in ‘Murder, She Wrote’, and as Stacia Vela in ‘U.S. Marshals’.

Vaitiare Bandera was born on August 15, 1964, in Tahiti, French Polynesia. Her birth name is Vaitiare Eugenia Hirshon and she is currently 54 years old. Her other name is Vaitiare Hirshon-Asars and Vaitiare is a Tahitian name meaning ‘Water Flower’.

Bandera’s father’s name is Charles Heimata Hirshon and her mother’s name is Georgina Toomaru and her parents met during the filming of ‘Mutiny on the Bounty’ in 1962. Her father is half German-Jewish and half Tahitian descent and her mother is a French, English, Polynesian / Cook Island descent. Bandera’s mother is related to the Royal House of Makea Karika Ariki in the Cook Islands and Vaitiare is related to Sir Thomas Robert Alexander Harries Davis, KBE was a Prime Minister of the Cook Islands.

Talking about her education history, she was popular among her schoolmates for loving to dance and teaching them the Tahitian dance. However, she has not mentioned her school and college names.

Bandera was a young model from 1982 to 1990. She was the Hispanic spokesperson for Miller Beer from 1993 to 1995. She also appeared in the commercials for McDonald’s, J.C. Penny, Toyota, Honda in Tahiti, and Caroche Jeans in Spain.

She made her guest appearance in ‘Married…with Children’, ‘Out of the Blue’, and ‘Acapulco H.E.A.T.’ and also played in the film ‘U.S. Marshals’.

She is also popular for her character Sha’re and Amaunet in ‘Stargate SG-1’ from 1997 to 1999. After that, she has not appeared in films and televisions. And, also it is unknown whether she will return to acting or not.

As the sources have calculated, she has an estimated net worth of around $8 million from her career.

It seems the actress wants to be more secretive and does not want to involve in any types of rumors and controversies in her career.

She has a height of 5 ft. 7 inches and she weighs 59 kg. Voltaire has brown eyes and brown hair but her body measurement is unknown.