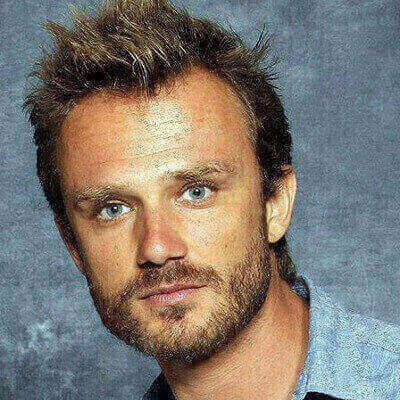 Val Morrison is a married man. He is married to American actress, Summer Glau. Glau is well-known for her work in Firefly, Serenity, The 4400, Terminator: The Sarah Connor Chronicles, etc. The couple exchanged wedding vows in 2014.

The couple dated for a while before finally getting married. They were engaged and planning for their marriage when they found out that Summer was pregnant with their first child. Glau gave birth to their first child, their daughter, Milena Jo in January 2015. More than two years later, the couple was blessed with another baby girl, Sunny Isabou in October 2017. Since then, the family of four has been living happily together.

Previously, Sunny has been in relationships with Cooper Gross and Daniel Wisler.

Who is Val Morrison?

His ethnicity is Anglo-Scottish.

There is no information about his educational background. He has not revealed his school/college or the university he attended.

Val Morrison has some acting credits to his name. Some of his works include In the Name of the Son in 2007 and Spin in the same year. In 2012, he appeared in Medal of Honor: Warfighter. Furthermore, in 2014, he appeared in Hollows Grove.

Morrison is also a voice actor. In 2012, he gave voice to the Serbian-speaking character, J’avo in the popular game, Resident Evil 6.

His wife, Summer is an American actress well-known for her portrayal of River Tam in the fantasy and science fiction TV series, Firefly(2002) and its 2005 sequel, Serenity. From 2005-2007, he portrayed Tess Doerner in The 4400.

Furthermore, she played the role of Cameron in Terminator: The Sarah Connor Chronicles and featured as Isabel Rochev/Ravager in ‘Arrow’ from 2013-2014. The actress won the SFX Award for the ‘Best Actress’ in 2005 for her work in Serenity. Moreover, she also won the Saturn Award for the same role in 2006. She has also earned nominations for the Teen Choice Awards.

Val Morrison has an estimated net worth of around $500k. His main source of income is his career as an actor. There is no information about his salary. An average American actor earns around $40k a year.

His wife, Summer Glau has an estimated net worth of around $4 million.

He has not been involved in any controversies. He has kept himself away from any scandals. Also, he is well-respected by his colleagues. Similarly, there are no rumors about him.

Morrison has brown hair and blue eyes. He has a height of around 6 feet 2 inches. However, there is no information about his weight and other body measurements.

You may also like to read about the Bio, Career, Net Worth, Social Media, Relationships, and more about Summer Glau, Robert Alan ‘Rob’ Morrow, Lisa Joyner, and more.