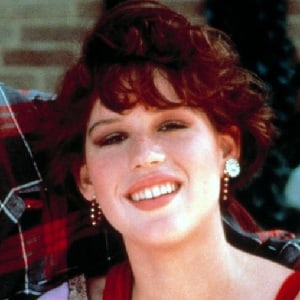 What is the relationship of Valerie C. Robinson?

Valerie C. Robinson is a married woman. She is married to an American former actor and male model Michael Schoeffling. Michael is mostly recognized for playing Jake Ryan in ‘Sixteen Candles’.

The pair has two children from this marriage, Zane Schoeffling, and Scarlet Schoeffling. The marriage is going strong as there is no news regarding any extramarital affairs at present.

Who is Valerie C. Robinson?

Information regarding Robinson’s date of birth, as well as the place of birth, is currently missing. Additionally, there are no details available relating to her early life and childhood.

She is of American nationality. Furthermore, information about Robinson’s ethnic background is missing at present.

Talking about her education, there is no detailed information relating to Robinson’s educational background.

Robinson initially made her screen debut with a small role in the 1977’s TV movie ‘Having Babies II’ as Terri.

Additionally, in 1982, she appeared in another TV movie ‘One Shoe Makes It Murder’. In addition, Robinson portrayed the role of Fashion Center Beauty in ‘Over the Brooklyn Bridge.

Furthermore, Robinson has also appeared in the TV series ‘Lottery!’. She was cast in the movie ‘Patty Hearst’ for a small role. In 2018, she appeared as Frances Ledbetter in ‘Awful’. She is also recognized as Valerie Carpenter Bernstein.

Robinson has not revealed her current salary. Additionally, there are no details available relating to her net worth at present.

Robinson has kept most of the information about her life and career away from the media spotlight. In addition, she has not been part of any notable controversies in her career.

Furthermore, at present, there are no rumors concerning Robinson and her career.

Talking about her body measurement, there is no information available relating to Robinson’s height and weight. Her hair color and eye color are dark brown.