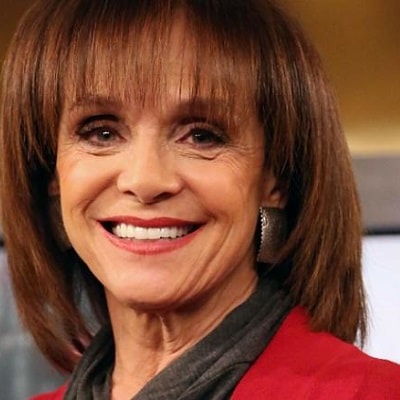 Life has sweetness to it and a beauty and a power that I wanted to celebrate.

Rhoda Morgenstern gave a wonderful impetus and propulsion to my career.

I love sitting at home. I love laying in bed watching television.

Valerie Harper is a married woman. She has been married to Tony Cacciotti since 8 April 1987. The pair adopted and raised a daughter Cristina Harper.

She was previously married to her boyfriend Richard Schaa in December 1964. Her husband was also an actor but the couple could not hold the relationship and divorced in 1978.

Who is Valerie Harper?

Valerie Harper is an American actress who is best known for starring in ‘The Mary Tyler Moore Show’, ‘Rhoda’, ‘Freebie and the Bean’, ‘Chapter Two’, etc.

She was born on August 22, 1939, in Suffern, New York, USA. Her birth name is Valerie Kathryn Harper. She was born to mother Iva Mildred, a nurse and father Howard Donald Harper, a lighting salesman.

She has an older sister Leah Harper and younger brother Merrill Harper.

Valerie holds American citizenship but her ethnicity is unknown.

She studied ballet in New York City and graduated from Lincoln High School in Jersey City.

She started her career as dancer and chorus girl on Broadway and performed numerous shows including Wildcat, Take Me Along, Looped, Li’l Abner, When You’re in Love the Whole World is Jewish, The Ballad of Irving, among others.

She was discovered by casting agent Ethel Winant in 1970 and she was given an opportunity to audition for the role of Rhoda Morgenstern on ‘The Mary Tyler Moore Show’, and appeared on the show from 1970–1974 and also in its spinoff series ‘Rhoda’.

Valerie Harper’s other notable TV series includes ‘Valerie’, ‘Touched by an Angel’, ‘Three Sisters’ (2001). Moreover, she appeared as a guest in other series while also participating in season 17 of Dancing with the Stars.

On July 30, 2015, Harper was hospitalized in Maine after falling unconscious and in July 2019 it was reported that she required “around the clock, 24/7 care.”

Valerie has been successful in keeping herself far from rumors and controversies in her personal and professional life.

Valerie Harper’s struggles with her lung and terminal brain cancer! Know how she puts on a smiling face with the support of her husband!