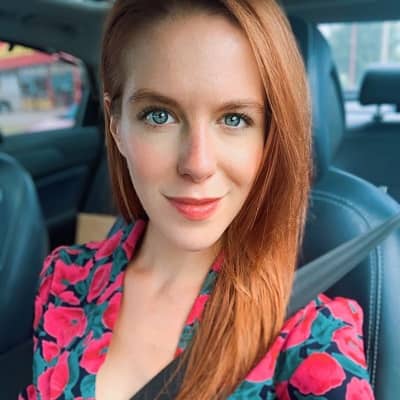 The gorgeous actress is presently enjoying her single life. Even if she is dating, Valerie has kept her relationship profile very low-key.

Besides, Parker loves babies and hence she keeps posting photos with cute kids on her Instagram handle.

The star previously had some affairs. Parker was in a married relationship with Cory Scott Allen. Professionally, Allen is also a renowned actor as well as a producer.

The couple married on 30 September 2016. They were together for two years before getting divorced in 2018.

Who is Valerie Jane Parker?

Valerie Jane Parker is a famous American actress. Parker is best known for her role Corrine in ‘Wrong Turn’, Judee Whitmore in ‘Greenleaf’, and Angie in ‘Nashville’.

Valerie Jane Parker was born in the year 1996. As of 2021, her age is 25 years old. Likewise, her birthplace is Harare, Zimbabwe, South Africa. Her father’s name is Ronnie Allen whereas her mother’s name is Margaret Hiley Meek.

By profession, her father is a pastor as well as an actor. Meanwhile, her mother is a children’s pastor. Jane spends her childhood in the United States as their parents migrated there. She was raised in Nashville, TN. Parker is the youngest among three children of the family.

Though their parents were pastors they were actively involved in the theatre which assists her to spend most hours in backstage rehearsals.

Talking about her nationality, she holds an American identity whereas her ethnicity is Caucasian.

The charismatic actress started her acting career from an early age. She played her prime leading role only at the age of 6. She passionately engaged in community and regional theatre during her elementary and junior high years.

Parker performed the character of Juliet in a production of Romeo & Juliet and recognized that she wanted to make a career in the acting field. Shortly, Jane signed with her first agent and started emerging in Television commercials and print advertisements.

Additionally, Valerie had her television debut in 2014 with the recurring role of Angle on ABC’s Nashville. Afterward, the famed actress has emerged in numerous theatrical and comedic characters in television as well as movies.

Some of the movies where she has emerged are Wrong Turn, Voices, The Last Summer, Cecil, Perception, Donnybrook, and Homecoming Revenge. The stunning actress has also performed in Television series like ‘Nashville’, ‘Your Pretty Face is Going to Hell’, ‘Underground’, ‘The Resident’, ‘Dynasty’, and ‘Brockmire’.

The well-known celebrity has earned massive income from her profession. Her main source of income is acting and the entertainment industry.

As per sources, it is reported that Valerie has a net worth of $16 million.

Nonetheless, she has not publicized her income, salary, and assets details till now.

Till now, the star has never been part of any rumors or controversies.

It seems Valerie prefers to enjoy personal life and does not want to become part of any social media and public life.

The charming actress has got gorgeous looks and beautiful body shapes as well. Valerie stands 5 feet 6 inches tall. She has an athletic body structure and a balanced weight. Parkers weight is nearly 47 kg.

Also, she has brown eyes as well as a red hair color.

However, Valerie has not publicized her other physical details till now.

About her social media presence, the well-named actress is active on social media. Parker has got more than 7.6k followers on her official Instagram account @valeriejaneparker.

However, she is not active on other social media such as Facebook and Twitter. It seems that Parker is not a social media freak.