Van Epperson is an American actor who has been working in Hollywood for over 30 years. 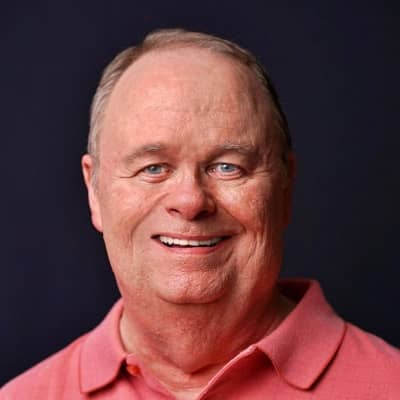 Van Epperson is a divorced man. He got married to Melanie Ruth Brooke on the 2nd of May 1987. Further, there is no detail available regarding his children. On January 30, 1992, the couple got divorced.

Who is Van Epperson?

Van Epperson is an American actor who has been working in Hollywood for over 30 years. Van is also a theater artist, producer, director, screenwriter, and public speaker. He is a former Resident Artistic Director of Fort Harrod Drama Productions in Harrodsburg, Kentucky.

Van was born on the 21st of February 1957 in Sweetwater, Tennessee, USA. At present, he is 64 years old and his Zodiac sign is Pisces. His full birth name is Anthony Van Epperson. Van holds American citizenship whereas his ethnicity is unknown.

The details regarding his parents and other family members are not available at the moment. Talking about his academics history, he studied Film Directing at The American Film Institute. Then, he completed his bachelor’s degree in Theatre & Communication at Drury University in the year 1980.

Van started his acting career at the age of 14 through theatre production. In 1973, he played in the production of Alice In Wonderland as King of Hearts.

He made his television appearances in the year 1990 as Truman Capote in an episode of Growing Pains. Van appeared in a recurring role on the mockumentary series Documentary Now.

Lately, he has appeared in 3 times Primetime Emmys award comedy series The Ranch.

Van has managed to maintain a clean profile to date. He has not been surrounded by any sorts of rumors and controversy.

Van might have accumulated a decent amount of net worth throughout his multiple careers. However, he hasn’t yet disclosed his net worth, salary, and other assets in the media.

The actor has an impressive height of 5 feet 8 inches tall with average weight. He has grey hair color with blue pair of eyes.