Vanderpump Rules star, Stassi Schroeder has bounced back after a bad break up. Know about her new ‘Beau’ 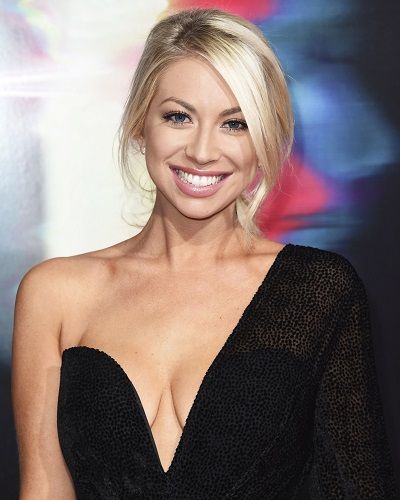 There was news of this sexy diva being in a relationship with a mystery man. Now we have all the details on whom she is dating and his profession as well. Her boyfriend’s name is Beau Clark and he is an actor, commercial casting, and advertising associate.

Nowadays, people meet via a dating app or other social media sites but this couple did not meet like that. They met organically via their mutual friends. And she is very happy about the fact that she did not meet him through the virtual world. A source says,

“Stassi is happy that she didn’t have to use a dating app and met him organically through her best friends.”

“Beau is very social and likable within his friend group, and that’s why Katie [Maloney] and Kristen [Doute] thought he would be a good match for her.”

Happiest birthday to my favorite. Wish I could be spending it with you, Overalls. ?❤️?

The couple is very compatible and Stacy herself feels the same way about Beau. They are very happy spending time together and Beau is so hilarious and entertaining as well. An insider revealed,

“Stassi thinks he’s hilarious, and they both share similar humor. They have been spending a lot of time together, and he stays at her apartment often. They both bond over their obsession with their dogs. Beau has slowly been introduced to the Vanderpump circle and there have been no issues yet.”

Stacy’s past on and off relationship

Everyone has their past. Some people are lucky enough to be with the same person till the end but some move on in their own life due to some differences. Same way, Stacy also had a past whom she loved wholeheartedly. She dated Patrick Meagher. He is a New York-based artist and art organizer.

The couple started having an affair in November 2014. The relationship was going well but after a couple of years due to some misunderstanding, the couple broke up in July 2016. But it was very difficult for both to stay away from each other so they again patched up in May 2017.

There is a saying, “if you let go your love and if it comes back it’s a true one.” After they reunited, everyone thought that now they are inseparable. But in front of destiny, nobody can do anything. Maybe they were not meant to be together because they again broke up in August 2017.

Their breakup was very dramatic. The couple had planned for a holiday in Mexico for their fourth anniversary. Patrick then dumped Stacy right before they were about to leave for the trip. She did not say anything about this matter until a few days but after a few days she said,

“I miss him every f–king minute. I’m going to cry. I don’t know how to bounce back from this.”

But that was just a bad phase in her life. She found the prince charming six months after that breakup. Now she is happy in her relationship.

Also read “We’re friends with benefits,” says Vanderpump Rules star, Scheana Marie to Rob Valletta, after the breakup. The couple still has a love for each other, what’s the status?

You may like to read Vanderpump Rules stars, Tom Schwartz and Katie Maloney cleared about the rumors of their split! Click for more information!

New Orleans-born Stassi Schroeder is multi-talented Stassi is a TV personality and a podcast host. She is also famous as a fashion blogger and a model. Additionally, she is popular for appearing on the TV show, “The Amazing Race” in 2005.

Presently, she is a prominent figure in the media for appearing in the reality television series “Vanderpump Rules”. The show is a spin-off of the series, “The Real Housewives of Beverly Hills”. More Bio… 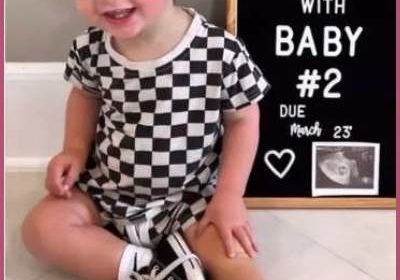 Hunter McGrady Is Expecting Baby No. 2 with Husband!