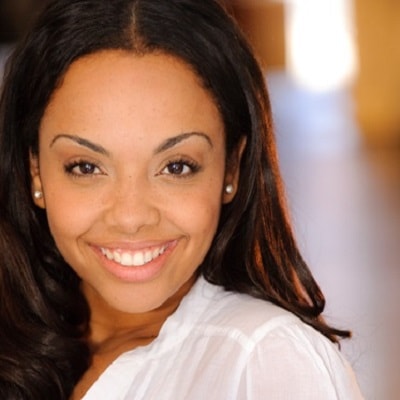 Vanessa Baden is a married woman. She has been married to RJ Kelly since August 24, 2013. The couple is blessed with a baby boy named Ryder James on November 17, 2015. The family is currently living together and there is no sign of divorce between the couple.

Who is Vanessa Baden?

She was born on September 8, 1985, in Manhattan Beach, California, USA. She has not disclosed any information about her parents and siblings. Her childhood was spent in Satellite Beach, Florida and she has started her career as a model in print ads.

Vanessa holds American citizenship but her ethnicity is unknown.

Talking about her education history, she attended Florida State University and graduated in sociology in December 2007. Also, she teched at Space Coast Junior/Senior High School in Cocoa, Florida.

She started her career as a child actress on television and came into limelight after she appeared as Vanessa in the Nickelodeon children’s television series ‘Gullah Gullah Island’. After that, she appeared as Kyra Rockmore for more than 60 episodes of the teen sitcom ‘Kenan & Kel’.

In 1997, Vanessa Baden played a supporting role in the film ‘Rosewood’ and returned to the screen as Hope in the YouTube comedy series ‘Fail’, opposite King Bach in 2011. After a year, she depicted the character of Erin Mult in the television film ‘Chris & Todd’. Moreover, she played opposite Jenifer Lewis in the comedy feature film ‘Secrets of the Magic City’, in 2014.

Since 2017, Baden has starred as Journee in the web series ‘Giants’. Furthermore, she works as a writer and producer; she co-wrote and co-produced several episodes of ‘Giants’. In addition, she has also written for The Huffington Post.

In addition, she is the winner of Florida Miss Black Beauty Pageant and also won Gold Pageant.

She has an estimated net worth of around $300k and she has earned that sum of money from her professional career.

Baden has been successful in keeping herself far from rumors and controversies in her personal and professional life.

Vanessa Baden has a height of 5 ft. 2 inches and she has dark brown eyes and dark brown hair. But, other information regarding her weight, shoe size, dress size, etc. are not available.