Famous actress and TV personality named Venessa Ferlito has much adorable on-screen chemistry but many reporters confirmed that she is single when it comes to her real life. She is the mother of a baby boy.

She is unmarried now and she is currently single. There is no information about her past and present relationships.

She gave birth to a baby boy, Vince, in September 2007. She has not revealed the name of her son’s father.

According to the records, she is possibly single at the present time. She currently resides in Brooklyn with her son Vince. 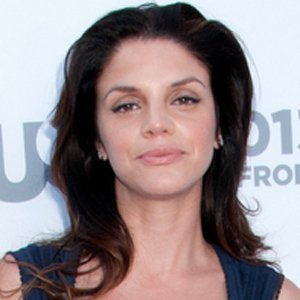 The first thing I went out for was 'The Sopranos' and I got it, so that's how it happened. I hate to say it like that because I wait for calls now.

You know, I still live in my neighborhood. I live in Brooklyn and the same neighborhood, so I don't really get star treatment like that. I'm still Vanessa from the neighborhood.

Who is Vanessa Ferlito?

Vanessa Ferlito is an American actress, best known for roles on the television shows 24 and CSI: NY. She had her breakout television role as Charlie Lopez on the USA series Graceland.

Vanessa was born on December 28, 1980, in Brooklyn, New York City, New York, USA. She is an American by nationality and is of Italian ethnicity.

Her father died of a heroin overdose when she was two years old. Later, her mother remarried. Then she lived with her mother and stepfather in Brooklyn.

She hasn’t revealed anything about her childhood life and educational background as well. She had an interest in acting since her childhood age.

Vanessa began her acting career playing Tina Francesco in the TV film The Sopranos in 2001. The following year, she had a small role in an episode of the TV film Third Watch.

She made her big-screen debut playing Jordan Nash in On Line (2002).

In 2004, Vanessa Ferlito appeared as Louise in Spider-Man 2. She appeared in several minor roles in movies and TV films in her early career. She played Claudia Hernandez in the TV series 24 (2003-2004).

She had her breakout television role as Charlie Lopez on the USA series Graceland (2013-2015). She has appeared in a number of movies such as The Tollbooth, Man of the House, Nothing like the Holidays, and Stand Up Guys.

She portrays the lead role as Tammy Gregorio in NCIS: New Orleans (2016–present).

In 2021, she has reprised her role as Tammy Gregorio in the American action crime drama series NCIS: New Orleans.

Ferlito has not revealed her current salary.

In addition, there is no information about her exact net worth. But as per some sources, it is around $6 million as of 2022.

There is no rumor of her current love affairs.

She was once criticized for making racist remarks about Simone Biles’s major victory for African American gymnasts at the World Gymnastics Championships in Antwerp.

Vanessa Ferlito has a son from her marital life or from her dating life?