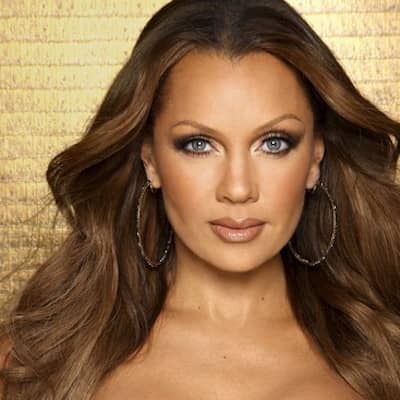 I am lucky to have three daughters who are completely different. I look at my daughters and I have different relationships with all three and there are parts of each personality that are very special

The wiser you get, the more experience you have, and the more you see people for who they are as human beings, as opposed to figures you have to fight against

My view of a diva, just as a performer, is somebody who gives a brilliant performance and is so amazing that you leap to your feet and you're clapping "Brava, diva". That's how I grew up, that's what my expectations were for excellence.

He is a businessman and they started to date each other in 2012.

Prior to him, she walked the aisle with a former basketball player, actor, and businessman Rick Fox on 26 Sep 1999.

They welcome their child, Sasha Gabriella Fox in 2000. But this wedding was called off in the year 2005.

Vanessa and Ramon Hervey II (public relations specialist) exchanged vows on 02 Jan 1987. They are the parents of their three kids.

However, like the first wedding, this also ended in 1997.

It was also said that she romanced Arnold Schwarzenegger in the year 1995.

Who is Vanessa L. Williams?

Her birthdate is 18 March 1963 and she was born in Bronx, New York, the United States as Vanessa Lynn Williams. The name of her mother is Helen and her father was Milton Augustine Williams Jr.

They both are music teachers but her dad passed away in 2003.

Vanessa’s ancestry is All-American-English-Welsh and has a younger brother named Chris.

As per her academics, she attended Horace Greeley High School and is a dropout student of Syracuse University.

Vanessa L. Williams is an expert in R&B, soul, pop, jazz, dance, and gospel music genres. Her first album titled The Right Stuff came out in 1988. She released her latest project in 2009 named The Real Thing.

As an actress, Vaness is also very successful. She appeared in both movies and TV screens. Some of her hit films are Harley Davidson and the Marlboro Man, Johnson Family Vacation, Dance With Me, Bad Hair, Hannah Montana: The Movie, etc.

She advertised for brands like Radio Shack, Crest, ProActiv Solution, Clear Eyes, and M&Ms. In 2016, this artist founded her own fashion line called V. By Vanessa Williams.

This musical star is keeping herself away from rumors and desperate scandals.

Regarding Vanessa L. Williams’s body features, her height is 5 ft 6 inches and her body weight is 58 kg.

Moreover, her eyes are blue with long hair in dark brown color.

Similarly, she is also on YouTube with around 99k subscribers.