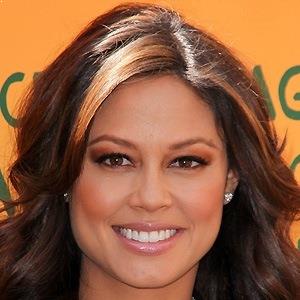 Trust is the most important part of a relationship, closely followed by communication. I think that if you have those two things, everything else falls into place - your affection, your emotional connection

With social media, people share mostly their best moments. Don't feel like you're not doing enough when you see a mom posting about making applesauce after you bought it. Ha ha! It's fine! Just for raising a little human being, you should be commended.

What is the relationship of Vanessa Lachey?

Vanessa Lachey is a married woman. She is married to singer Nick Lachey. They began dating each other in 2006. In June 2009, they broke up.

Later in October 2009, Lachey confirmed that they were back together. Vanessa and Nick became engaged in November 2010.

The couple got married on July 15, 2011, at Sir Richard Branson’s private Necker Island in the British Virgin Islands.

They have been married for six years now and their relationship is going very well.

Who is Vanessa Lachey?

Vanessa Lachey is an American television personality, television host, and actress. In addition, she is also a beauty queen and fashion model.

She is best known for winning Miss Teen USA in 1998. Vanessa worked as a correspondent for Entertainment Tonight from 2005 to 2015.

Talking about her early life, Vanessa Lachey was born on 9 November 1980, in Clark Air Force Base, Philippines. Her nationality is American and belongs to mixed (Filipino, Italian, Irish, and Ashkenazi Jewish) ethnicity.

Her birth name is Vanessa Joy Minnillo. She is the daughter of Vincent Charles Minnillo and Helen Ramos Bercero. Her father is an American citizen from Cleveland, Ohio of Italian and Irish descent.

Vanessa’s parents separated in 1983 and were divorced in 1986. Her mother is from Manila, Philippines. She has an adopted brother who is two years older than her.

She spent her childhood in different places such as Washington, California,  Nevada, Florida, Germany, and Japan due to her father’s service in the Air Force.

Vanessa completed her education at the Roman Catholic Bishop England High School. After that, she attended Our Lady of the Assumption Catholic School, in San Bernardino, California.

Vanessa Lachey: Salary and Net worth

Rumors were that Vanessa had an affair with actor Topher Grace in 2009. She was also rumored to be in a same-sex relationship with actress Lindsay Lohan in her past.

Vanessa faced several controversies and criticisms for her show Dads in 2013. Many people criticized her for crass sexism on the show.

Also get to know more about the birth facts, education, career, net worth, rumors, height, and social media of different personalities like Brooke Anderson, Valerie Singleton, and Jenn Barlow.