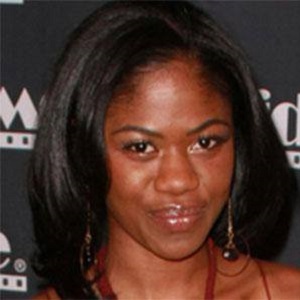 What is the relationship of Vanessa Lee Chester?

Vanessa Lee Chester is currently single. After being so successful in her career, she is still behind in terms of relationship. She has not been linked to any other celebrity either.

However, we can hope that she will get the perfect one in the near future.

Who is Vanessa Lee Chester?

Vanessa Lee Chester is an American actress who rose to fame as a child actor for her performance in ‘A Little Princess and ‘Harriet the Spy’.

She is also well recognized for her role in Steven Spielberg’s ‘The Lost World: Jurassic Park.

She was born on July 2, 1984, in Los Angeles, California, USA. She is currently 37 years old. She is the oldest child of Guyanese immigrants. She has a younger brother, Kevin. She is the first member of her family to be born in the USA.

The talented actress, Vanessa holds American citizenship and her ethnicity is Afro-American.

In which school did Vanessa Lee Chester attend?

She completed a Bachelor of Science from the University of Southern California in 2006 with a minor in business.

Vanessa debuted her film career with the film ‘CB4’ in 1993 in which she portrayed the role of Talona. Later in 1995, she made her appearance in the film ‘A Little Princess’ as Becky. After a year, she appeared as Janie in the Nickelodeon film ‘Harriet the Spy opposite Michelle Trachtenberg. Then, she portrayed the role of Kelly, daughter of Ian Malcolm, in Steven Spielberg’s ‘The Lost World: Jurassic Park in 1997 which grossed over $600 million worldwide.

What is the net worth of Vanessa Lee Chester?

As of 2022, she has an estimated net worth of around $2 million which she earned from her professional career.

Talking about rumors and controversies, the talented actress has been successful in maintaining her celebrity lifestyle and has not been engaged in any kind of rumors.

She has a height of 5 ft. 3 inches and she weighs 50kg. Also, Vanessa has got dark brown hair and dark brown eyes.