Vanessa Vadim is a French-American director and cinematographer. She is married to Paul Waggoner in France. They have two kids. 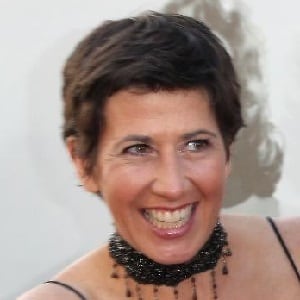 Vanessa Vadim was previously married to producer and writer, Matt Arnett. She has a son from her previous relationship, a son named Malcolm MacDuffy, and a daughter Viva Arnett with Matt.

Vadim is the stepdaughter of Marie-Christine Barrault. Currently, Vanessa is married to Paul Van Waggoner. The pair married on 12 June 2010.

Who is Vanessa Vadim?

Vanessa Vadim is a French-American director and cinematographer. People mostly know her as the daughter of actress Jane Fonda.

She directed the short documentary titled ‘The Quilts of Gee’s Bend’ in 2002.

Vadim was born in Paris, France on September 28, 1968. She was born to parents Jane Fonda and Roger Vadim. Additionally, her siblings include Troy Garity, Nathalie Vadim, Christian Vadim, and Vania Plemiannikov.

In addition, both of her parents belong to the show business background hence she was exposed to the world of Hollywood from an early age. She is of American and French nationality. Furthermore, there are no details available about her ethnic background at present.

In addition, Vanessa was the director, cinematographer, and producer of the short documentary ‘The Quilts of Gee’s Bend.’  Additionally, she also worked on another short documentary titled ‘Blue Is Beautiful.’

Vadim has not revealed her current salary. Furthermore, there are no details available about her estimated net worth at present.

Vadim became part of a controversy after police arrested her in October 1989 in New York. She was charged with obstructing governmental administration.

Additionally, she was also charged with loitering for the purpose of purchasing drugs. Furthermore, at present, there are no rumors concerning Vadim and her career.

Talking about her body measurement, there are no details available about Vanessa Vadim’s height and weight. Her hair color and eye color is dark brown.