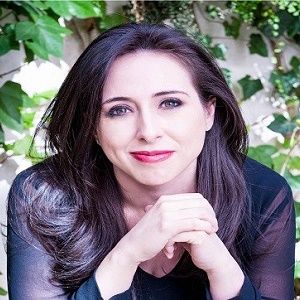 Vanessa Villanueva is a divorcee and is not having an affair with anyone currently. Even if she is dating someone, there is no information about it.

Prior, she was a married woman. She had tied the knot with Chris Perez. The couple met in the year 1998. After several years of relationship, Chris married to Venessa on 26 Oct 2001.

The pair also welcomed two babies together, a son Noah and a daughter Cassie. Despite their beautiful relationship, the couple couldn’t able to carry their marital life for so long. As a result, the couple split up in 2008.

Who is Vanessa Villanueva?

Vanessa Villanueva came to fame when she married Chris Perez. He is a musician and guitarist of the Tejano band Selena Y Los Dinos. She has worked as an actress as well in a couple of movies.

Villanueva was born in America and there is no information about her born date. However, according to the sources, it is known that she was brought up in Texas.

Her ethnicity is Mexican-American and nationality is American. There is no information about her parents and siblings, and education.

There are no details about Vanessa’s career history prior to her marriage to Chris Perez. However, after her divorce from her husband, she started to work in the entertainment industry.

She has contributed in 2015’s movie titled, Memphis Rising: Elvis Returns. In the same year, she experimented in acting in the movie titled, Forgotten Memories.

Vanessa Villanueva: Salary and Net Worth

Villanueva’s net worth is estimated to be around $100 thousand and her salary is unknown. However, looking at her lifestyle, she lives an aristocracy lifestyle.

This actress has shocked everyone with the decision of separation with her husband Chris. This news has captured the attention of the public.

Villanueva’s hair color is black and eye color is hazel. Other information on her body measurements like height, weight, shoe size, dress size, etc. are unknown.