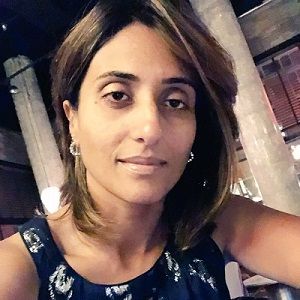 I created this video to tell a story about persevering after abuse from a loved one and learning to stand up for yourself. This came from my own personal experience with a dear friend who mentally and emotionally tormented me for a very long time. Even though I was a pretty strong person before the abuse, I allowed my love for this friend to become more important than my respect for myself. The video explores these themes and ultimately celebrates the message that once you are ready to leave an abusive situation, you have the strength you need to survive and, eventually, thrive

Well, the parties are not the center of my attention at this point in my life. It is really a time that I look forward to sharing with my husband and children. It’s fun just to go on vacation to an Island with the family.

What is the relationship of Varli Singh?

Varli Singh is a married woman. The husband’s name and date of their marriage are not available.

But she has two daughters Samaira and Diya.

Likewise, she loves her husband and daughters. In an Interview in 2011, she had talked about New Year’s Eve and had said that she is looking forward to going on vacation with her family.

Who is Varli Singh?

Varli Singh is an Indian Entrepreneur plus Singer.

She is known for being the founder and editor-in-chief of Varli Magazine.

Similarly, she is famous for being the creator of the Varli Food Festival as well as VarliWare kitchen equipment.

There is no information about her parents. But she has a sister and a brother. Her nationality is Indian whereas her ethnicity is unknown.

There is no much information about her early life and childhood.

Similarly, she has stayed in various cities of Aisa and the Middle East. She is residing currently in New York City.

Talking about his education, there is no information about his school, college, and university.

She is a successful Indian businesswoman. She has founded the Varli magazine which provides education on Indian cuisine.

Similarly, she has also created the Varli Food Festival and VarliWare kitchen equipment and is into singing.

Talking about her singing career, she has released a song “Phir Bhi Hun Main Zinda”. Talking about her music video, she said, it was about taking a stand and moving on from a torturing relationship.

Likewise, she has started her magazine that teaches Indian cuisine. As she likes being her own boss and she has become an entrepreneur.

She has launched the inaugural Varli Culinary Awards (Nov 2012).

She also has a verified TikTok account, where she is known as varlicious and has over 250,000 followers.

She has not received any awards and nominations yet but she has launched the inaugural Varli Culinary Awards in November 2012.

She has not revealed her earnings.

Varli might earn a huge amount of money from her career. But her net worth, salary, and incomes are unknown.

She has not revealed much information about her so she has not been into any rumors and controversy.

Talking about Varli Singh’s body measurements, she has not revealed her height and weight.

But she has dark brown hair and eyes color.

Similarly, she has a YouTube channel called Varli.tv where she has 11k subscribers.

Who is Varli Singh? An insight and interesting facts of this female entrepreneur’s career, singing, and troubled relations!