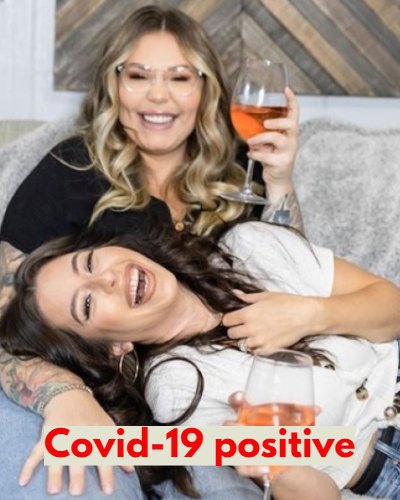 Vee Rivera has been tested positive for the Covid-19 despite being vaccinated. She is a fan favorite from the MTV show Teen Mom 2. Kailyn Lowry revealed on her podcast Baby Mamas No Drama,

“For those of you guys listening who don’t know, Vee and I have COVID.”

“I am so sorry. I think, honestly, we brought it home from the Dominican Republic.”

Kailyn revealed that she and her family tested negative while they were on vacation and again after returning. Talking about Vee, her first test came negative but then she lost her taste and smell so she decided to get tested again. Even though she tested positive her husband Jo Rivera and her daughter do not have the virus.

What is the age of Vee Rivera?

She attended Bloomfield College in New Jersey but failed in her student account payment. Likewise, the college claimed that her book account was defunct and sued her in 2013 for $2,585.33. As a response to the lawsuit, she revealed that she was under the impression that her expenses had already been paid for through her financial aid package.

Vee Rivera engaged Jo Rivera the ex of Kailyn Lowry in 2016. There were many dramas going on between the trio. The couple decided to get married and on 23rd September 2018 they walked down the aisle. Their wedding was attended by Kailyn as well.

Likewise, the couple welcomed their daughter Velisse Eva Rivera in October 2015. As of now, their married life is going really well.

Kailyn Lowry is an American actress and MTV reality personality who was selected to be on Teen Mom 2 after previously starring in 16 & Pregnant. She also released a book called ‘love is Bubblegum’. Read more bio…