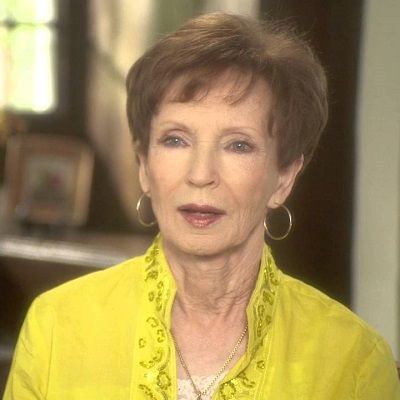 I've never really known anything but Hollywood. I don't think I could relate to a physician or an accountant. What would we talk about? I guess, when I really stop and think about it, I have lived a very narrow existence because movies are all I know."

What is the relationship of Venetia Stevenson?

Previously, she was married to MGM actor-dancer Russ Tamblyn on 14th February 1956 at the Wayfarers Chapel in Palos Verdes. Venetia. Russ divorced on 1st April 1957 and remained friends with her.

After that, she married Don Everly on 13th February 1962 and retired from her career. Together, they have two daughters, Stacy and Erin Everly, and a son, Edan Everly.

Their daughters are both models and actresses and son Edan is a musician. Venetia and Don divorced in early 1970. Her daughter Erin is the ex-wife of rocker Axl Rose.

Venetia dated actor Audie Murphy for a year when they co-starred in 1960 Seven Ways from Sundown.

Who is Venetia Stevenson?

She appeared in 1989 Back to the Future Part II as the cover girl of the Oh Lala magazine.

Joanna Venetia Invicta Stevenson was born on 10th March 1938 in London, England. She is the daughter of Robert Stevenson and Anna Lee. After her birth, her family moved to Hollywood in 1939.

Robert was the well-respected director of classy Grade “A” motion pictures like Tudor Rose and Back Street.

Her mother Anne was an actress known for British cinema. By the year 1944, her parents were divorced so she lived with her father and stepmother.

Venetia has a sister Caroline, half-brother Hugh Howard Stevenson from her father, and three half-siblings John, Stephen, and Tim Stafford from her mother.

Her brother Tim is an American actor with the stage name Jeffrey Byron.

She attended a private school in California.

Venetia made her theatre debut in April 1955 along with her mother in Liliom at Sombrero Theatre, in Phoenix, Arizona.

On 13th March 1957, she was the cast of CBS’s Playhouse 90 adaptation of Charley’s Aunt along with the late actors, Tom Tryon and Jackie Coogan.

On 12th November 1957, she made an appearance as Kathy Larsen in Sugarfoot on its episode Trail’s End. In 1958, she played the role of Peggy McTavish in the film Darby’s Rangers, and in 1959, she starred in Day of the Outlaw.

Some of her appearances in motion pictures include Island of Lost Women, Jet Over the Atlantic, The Big Night, Seven Ways from Sundown, The City of the Dead and The Sergeant Was a Lady.

Venetia’s TV appearances include an episode of Cheyenne, Colt .45, 77 Sunset Strip, The Adventures of Ozzie and Harriet, Lawman, The Millionaire, The Third Man, and Alfred Hitchcock Presents.

Her father had an estimated net worth of $1 million US as an English writer and director.

As an actress, her mother had an estimated net worth of $500 thousand US.

Venetia’s half-brother Jeffrey Byron’s net worth is around $500,000 US. Jeffrey is also an actor.

She has light hair and blue eyes. Venetia is 5 feet 3 inches tall.