Venus Williams, one of the most valued Tennis players of all time, seems to be in a relationship now. Her boyfriend’s name is Nicholas Hammond. They appeared together in Jan 2018.

She was in a relationship with a Cuban Model Elio Pis since 2012. But since 2015, they have been rarely spotted together.

In March 2017, the two were sighted having dinner together and it was speculated that they have restarted dating.

However, Venus had clarified that she is currently focussing on her career and on her sister Serena’s new married life and the new arrival.

Previously, she was in a relationship with Hank Kuehne, a golfer for 3 years.

In 2007, Hank and Venus started dating and announced their engagement in Christmas 2007 but, unfortunately, they broke up in 2010 due to some unknown reason. 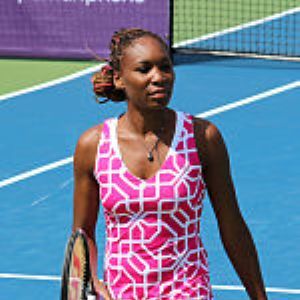 Some people say I have attitude - maybe I do... but I think you have to. You have to believe in yourself when no one else does - that makes you a winner right there. Interior design is a business of trust. The principle of the design - the harmony, rhythm and balance are all the same with interior and fashion design.

Who is Venus Williams?

Venus has been the only player to win Olympics Gold in both singles and doubles, 2 times US Open winner along with 5 Wimbledon Trophies.

Williams was born in the year 1980 on June 17. She was born in Lynwood, California. Her birth name is Venus Ebony Starr Williams.

Venus had the great support of her father and her sister. She was trained by a professional local tennis player named Tony Chesta.

After Venus and her family moved to Florida, she and her sister, Serena Williams, were admitted to the tennis academy of Rick Macci where she had the best training of her life and made her foundations strong and enduring.

Later, after Venus was ranked No. 1 among the under-12 players in Southern California, she was removed from the tennis academy of Rick Macci and was home trained.

Venus Williams was known as an exceptionally talented Tennis player when she was seven and she proved herself by holding a 63–0 record on the United States Tennis Association junior tour in Florida. Then, her career as a professional Tennis player started and never stopped.

Currently, the No.11 ranked player, Venus played with her own sister but, unfortunately, lost the game. In her entire career, she has won 49 titles and was ranked No. 1 on February 25, 2002.

Venus is believed to be one of the greatest players of all time with 5 Wimbledon trophies, 2 US Open trophies in Singles along with 4 Australian Opens, 2 French Opens, 6 Wimbledon, and 2 US Open in Doubles in which she was partnered with Serena Williams.

Talking about her game in the Olympics, she is the “only” player to win a gold medal in both singles and doubles. As a matter of fact, Venus Williams’s fastest serve is 128 miles per hour during the French Open tennis tournament 2007.

Venus Williams: Net Worth and Salary

This amazing player has made a huge fortune from her career.

As of 2022,  she has a net worth of $95 million. Venus has not disclosed any information relating to her salary.

She was rumored to be of a relationship with Hank Kuehne in 2010. Later the news was soon confirmed by Venus and Hank, themselves.

Venus Williams has a height of 6 feet 1 inch. Venus has a bodyweight of 74 kg. She has Black hair and Dark Brown eye.

Her waist size is 26 inches. Similarly, her hip size and breast size is 35 inches. Her bra size is 32c.

Also, read the affair, salary, the net worth, controversy, and the bio of Wanya Morris, Lauren Hashian, Veronica Merrell.