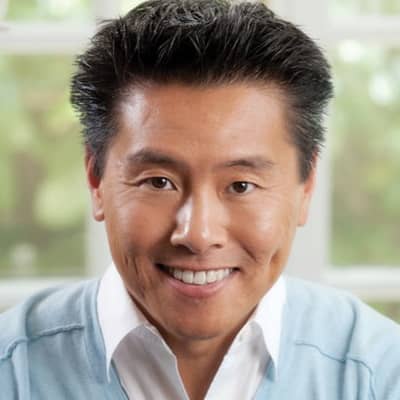 Vern Yip is in a relationship with Craig Koch for a long time. Craig is a businessman.

The couple welcomed their first children, a son Gavin Joshua Mannox via surrogacy on 6th January 2010.

The duo again welcomed their second children, a daughter Vera Lillian Beatrix on March 12, 2011. They both are living a happy life alongside their children.

Who is Vern Yip?

Vern Yip is one of the famous American interior designers. He is also popular for his appearances in an American television reality program Trading Spaces.

He also served as a judge as well as a host in an American reality competition show, Design Star. Yip has also hosted four seasons of a half-hour show called Deserving Design.

Similarly, he also gets involved in different volunteering activities from UNICEF and other organizations.

Vern was born on 27th June 1968, in Hong Kong.  Growing up, he moved to different cities and countries.

Yip was raised alone by his mother. His father left them when he was just 7 yrs old. Other details about his family background are unknown.

He belongs to American nationality and is of Chinese and Asian ethnicity.

Then he entered the pre-medicine program aiming to be a doctor. Later, he changed his mind and moved to the architecture field. Similarly, he also earned a master’s degree in Management and Architecture from the Georgia Institute of Technology.

Vern Yip has built his career as an interior designer and also owns a design company in Atlanta. He was also awarded Southeast Designer of the year. Moreover, he is also a popular television personality.

Vern has worked as a host for four seasons in Deserving Design and also in an HGTV special called Urban Oasis. He designed a Chicago loft in the Trump International Hotel there.

Vern has also done design work for New York City’s 2009 Snowflake Ball, a fundraiser for UNICEF. He usually involves in numerous volunteer activities. Similarly, his popularity also increased in the US which gave him a chance to work in other American movies too.

Vern appeared in an hour-long American television reality program Trading Spaces. He was known for his designs in the rooms frequently including silk, candles, and flowers. It was aired on TLC and Discovery Home. At first, he worked as a host for an American reality competition show HGTV’s Design Star in 2010. And later he served as lead judge for in the show.

As of now, he is a UNICEF ambassador since 2010. He along with his partner is involved in various charity projects.

The average salary of the judges in a certain reality show ranges from $70,000. Hence, Vern serving judge on Design Star for several years, he must have good earning through it.

Likely, an interior designer has compensation of around $50,000 in the U.S.

Up to now, he hasn’t been in an incident that could create any type of rumors about him. Besides that, he has also managed himself not to be appearing in any sort of controversy until now.

Vern Yip stands tall with decent height and looks to be fit and healthy. But the exact body measurements of him is unknown.

Talking about his appearance, he has black hair and eyes.

You may also get to know about Thom Filicia, Hildi Santo Tomas, Eric Villency, and Robie Uniacke.

Julie Yip-Williams dies at 42. Know more about Candid Blog writer’s journey in life and Messages she left for her children!