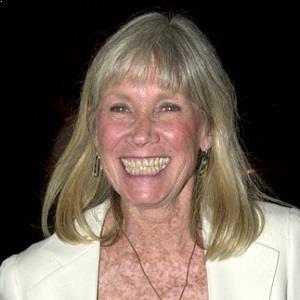 Verna Bloom was a married woman for a long time. She exchanged vows with a famous American screenwriter Jay Cocks. The couple got married on 15 July 1972.

There is no record of their children to date.

Who was Verna Bloom?

Verna Bloom was an American former actress. She was popular for appearing in Clint Eastwood’s 1973 film, High Plains Drifter.

She was also famous for appearing in the 1974 made-for-TV movie Where Have All The People Gone?

She was born on 7 August 1939, in Lynn, Massachusetts, USA. Her birth name was Verna Frances Bloom and she was of Ashkenazi Jews ethnicity.

There is no information about her father, mother, and siblings.

For high school education, Verna attended the School of Fine Arts at Boston University. From there, she graduated with a Bachelor of Fine Arts degree.

After that, she studied at the HB Studio in New York City.

This actress passed away on 9 Jan 2019, at Bar Harbor, Maine. The cause of death was a brain disease called dementia.

Verna Bloom began her acting career in the mid-1960s. She began her career as a theater actress. After appearing in several plays, she rose to fame with her performance as assassin Charlotte Corday in the Broadway production of “Marat/Sade” in 1967.

Verna appeared in more than 30 films and television episodes since the 1960s. In 1974, she starred in the movie Where Have All The People Gone? The following year, she appeared in Sarah T. – Portrait of a Teenage Alcoholic.

She also had roles in the musical drama Honkytonk Man, The Journey of Natty Gann, and After Hours in the mid-1980s. Her last acting role was in the movie The Last Temptation of Christ (1988).

This ex-actress’s estimated net worth was $1 million. Her 1998 movie The Last Temptation of Christ had collected an amount of $8.4 million.

Verna Bloom’s height, weight, and other body measurements are unavailable. Her eye color was hazel brown and hair color was blonde.