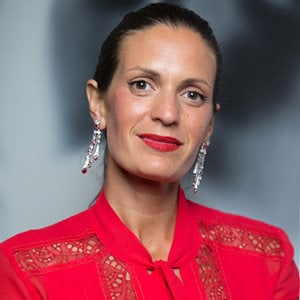 Veronica Berti is a married woman. She is married to Italian singer, songwriter, and record producer, Andrea Bocelli. The pair married on 21 March 2014. They previously dated for 12 years. The pair has a daughter together named Virginia Bocelli who was born on March 21, 2012. Additionally, Veronica also has two stepsons: Amos Bocelli and Matteo Bocelli.

Who is Veronica Berti?

Veronica Berti is an Italian producer. People mostly know her as the wife of Italian singer, songwriter, and record producer, Andrea Bocelli. Veronica was appointed CEO of Almud – Bocelli’s currency management office in 2006.

Berti was born as Veronica Berti in Ancona, Italy in 1984. She is the daughter of Ivano Berti. There are no further details available about her early life and childhood at present. Veronica is of Italian nationality. Furthermore, she is of Italian ethnic background.

Talking about her education, no information is available about Berti’s educational background.

In addition, Berti was appointed CEO of Almud – Bocelli’s currency management office in 2006. Since then, she has been serving as the foundation’s vice-chairman. Furthermore, Veronica and her husband run a foundation called the Andrea Bocelli Foundation. Additionally, they launched their project Voices of Haiti in partnership with the Foundation St. Luc.

Berti has not been linked with any award nominations in her career.

Berti has not revealed her current salary. Furthermore, there are no details available about her estimated net worth.

Berti has not been part of any notable controversies in her career. In addition, there are no rumors concerning her life and career at present.

Talking about her body measurement, there are no details available Berti’s height and weight. Her hair color and eye color is dark brown.