Updated On January 29, 2023 | Published By: Claude Payton
Share this
Widow 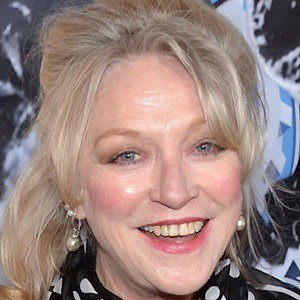 No one ever bugged Jack Nicholson. When we made 'Witches,' and people were standing around to see him, he'd just come out and say, 'Hi everybody!' I was lucky enough to go with him to a Lakers game, too, and he was always friendly. No one bothers Jack, because he makes himself so accessible.

There was a period of time when I couldn't seem to get anything. I was on the series 'Daniel Boone,' and then, when that ended, I was still under 18, so I was too young to be in the older category and too old to be a child. So there was a few years there that were dry.

Why push people away? I love when people come up to me and say they appreciate the work!

What is the relationship of Veronica Cartwright?

Veronica Cartwright is currently single. She was previously married to Richard Gates from June 14, 1968, to 1972. The pair got separated due to the high level of misunderstanding. After that, she married Stanley Hyman Goldstein on April 4, 1976, but they also could not hold the relationship and end with divorce on June 6, 1980.

Then, she tied her knot with Richard Compton on October 16, 1982. The couple welcomed a son named Dakota Campton. Unfortunately, Richard Compton died on August 11, 2007, and after that, Veronica has not been linked with any other person.

Who is Veronica Cartwright?

Veronica Cartwright is a British born American actress who is best known for her roles in the science fiction films ‘Invasion of the Body Snatchers’ and ‘Alien’. Also, she has made supporting roles in ‘The Birds’ and ‘The Children’s Hour’.

Veronica was born on April 20, 1949, in Bristol, UK and is currently 72 years old. She along with her family member immigrated to the US after the birth of her younger sister, Angela Cartwright (actress). She has not disclosed the named of her parents.

Veronica holds American citizenship but her ethnicity is unknown.

Talking about Veronica’s education history, she has not disclosed the names of her institutions to date.

Veronica began her career as a child actress. She debuted her film career with a role in ‘In Love and War’ in 1958. She appeared in the television series ‘Leave It to Beaver’ and in episodes of One Step Behind ‘The Haunting’ in 1960. Cartwright also made her appearance in the films ‘The Children’s Hour’ in 1961 and ‘The Birds’ in 1963.

Veronica Cartwright has portrayed the guest role in series like ‘The Mod Squad’, ‘Baywatch’, ‘L.A. Law’, ‘The X-Files, Touched by an Angel’, ‘The Closer’, ‘Law & Order: Special Victims Unit, etc.

Recently, she portrayed the role of Judge Tannin in ‘Mommy, I Didn’t Do It’ in 2017, Lily Sunder in ‘Supernatural’ in 2018, and Mrs. McGarvey in ‘The Chilling Adventures of Sabrina’ in 2019.

How much is the net worth of Veronica Cartwright?

She has earned a decent amount of money from her career and her net worth is around $400 thousand as of 2022. As per her sister, she has $5 million net worth.

Veronica has been successful in maintaining her celebrity status and has not been involved in any types of rumors and scandals in her career.

She has a height of 5 ft. 6 inches and weight is 61 kg. Veronica Cartwright has blue eyes and blonde hair. Information regarding Veronica’s body measurement, shoe size, dress size, etc. are unknown.