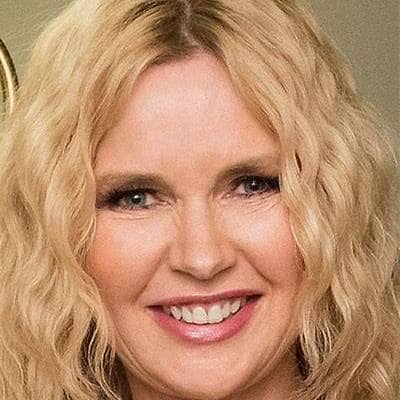 What is the relationship of Veronica Ferres?

Veronica Ferres at present is a married woman and her husband is a billionaire businessman. She exchanged vows with Carsten Maschmeyer on 27 September 2014.

They started to date each other in 2009.

Her first spouse was a producer named Martin Krug whom she wedded on 5 May 2001. Then in June 2001, they welcomed their first child a daughter Lilly Krug.

However, this union ended with a divorce in June 2010.

How Many Children Does Veronica Ferres Have?

She as of this writing has only one child.

What is the cost of Veronica Ferres’s wedding?

Her wedding and affair details are not disclosed.

Veronica had a few romances in her past days. She was with director Helmut Dietl. Their relationship was in the media in 1990 and they were together for around nine years.

Who is Veronica Ferres?

Her upcoming project The Bricklayer as Greta is in the post-production stage.

Her full birthdate is 10 June 1965 and she was born in Solingen, Germany as Veronika Maria Cäcilie Ferres. The name of her mother is Katharina Ferres and her father’s name is Peter Ferres.

Further, Veronica’s ancestry is German and has a brother named Peter.

As to her academics, she has a theatre study and psychology degree from the Ludwig Maximilian University of Munich.

Veronica Ferres has appeared in many screen projects. In recent days, she was seen in the movie Paradise Highway playing the role of Rose in 2022. This thriller film featured stars like Morgan Freeman, Frank Grillo, Cameron Monaghan, and more.

Some of her brief TV credits are,

By the reports of 2022, Veronica Ferres has an estimated net worth of $5 million which she collected from her work.

But in the past, she had a terrible incident where she was in a coma for 10 days. She suffered from meningitis and encephalitis in 1999 and after her recovery, she had to learn to speak again.

Veronica Ferres’s height is 5 ft 10 inches and her body weight is 65 kg. Furthermore, she has blonde hair and her beautiful eyes are hazel in color.

Veronica Ferres is officially available on social sites Twitter and Facebook with over 112.4k and 153k fans respectively.

However, on Instagram, she has more than 100k supporters.