Veronica Hamel is an American actress and model. She was seen in Lost and Hill Street Blues. She is possibly single..

Veronica Hamel was married to the American actor Michael Irving. The marriage lasted 10 years from 1971 – 1981 until eventually, they got a divorce. In 1972, she and her then-husband became the new owners of Marilyn Monroe’s Brentwood home.

She is currently single. She doesn’t have children from any of her relationships. 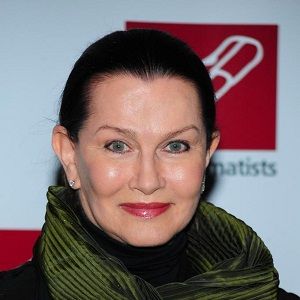 People shouldn't find out how trashy I am

Who is Veronica Hamel?

Veronica Hamel is an American actress and model. In addition, she is also a producer. She has appeared in more than 30 movies and television series in her career.

Veronica was born in Philadelphia, Pennsylvania on November 20, 1943. As of 2021, she is 77 years old. She is the daughter of a Philadelphia carpenter(father) and a housewife(mother).

She is of American nationality but her ancestry is unknown. Additionally, she became interested in the fashion world since her childhood. Her beauty and charm paved the way for her modeling career since her early life.

Talking about her educational background, she attended Temple University and later graduated from there.

Initially, Veronica Hamel started working as a secretary for a company that manufactured ironing board covers. Consequently, Eileen Ford discovered her. Later, she began her fashion modeling career. Firstly, she played a model in 1971’s ‘Klute’. Furthermore, she had a role in the films ‘Beyond the Poseidon Adventure and ‘When Time Ran Out’.

She became the model in the last cigarette commercial televised in the U.S. for Virginia Slims. Eventually, Veronica began appearing in TV series in 1975. In fact, she was considered for the role of Kelly Garrett on ‘Charlie’s Angels’. However, she declined the role. She later appeared in Hill Street Blues.

She played the lead role in ‘A New Life’. In 1990, she portrayed the role of Elizabeth in ‘Taking Care of Business.  Furthermore, she was named on Us magazine’s “Best Dressed” list for 1983.

Next, she appeared in Steven Bochco’s legal drama ‘Philly’ in 2002. She also had a recurring role in the NBC television series Third Watch. Similarly, she played the role of Jack’s mother, in the ABC series ‘Lost’. Some other movies and television series that she has been part of include ‘Bone Eater’, ‘Determination of Death’, ‘The Fugitive’, ‘Touched by an Angel’, and others.

Veronica has garnered 5 Primetime Emmy Awards nominations for her performance in ‘Hill Street Blues in the year 1981 to 1985. She also won the Viewers for Quality Television Awards as Best Supporting Actress in a Quality Drama Series for ‘Hill Street Blues’ in 1985.

She has not disclosed her current salary to the public. However, her net worth is an estimated amount of $ 4 million.

After buying Marilyn Monroe’s Brentwood home, the then-couple hired a contractor to replace the roof and remodel the house. Afterward, the contractor discovered a sophisticated eavesdropping and telephone tapping system that covered every room in the house.

This attracted several rumors and controversies about claims of conspiracy theorists that Marilyn had been under surveillance by the Kennedys and the Mafia.

Eventually, the new owners spent $100,000 to remove the bugging devices from the house. Additionally, rumors of the plastic surgery on her face became a hot topic over social media for some time.

In addition, her hair color is dark brown and her eye color is blue.

What nationality is Veronica Hamel?

What age is Veronica Hamel?