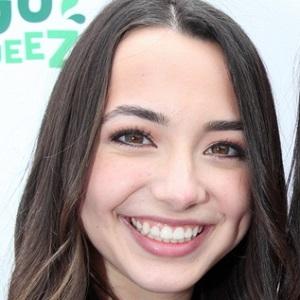 Who is Veronica Merrell?

Veronica Merrell is a famous America YouTuber and actress who is popular for her role as Victoria in the series ‘Jane the Virgin’. She has got more than 4.2M subscribers on her YouTube channel.

She was born on August 6, 1996, in Kansan City, Missouri, USA. Her birth name is Veronica Jo Merrell and she is currently 23 years old. Her mother Wendy Merrell worked as a school secretary whereas her father, Paul Merrell worked as a video producer. She has a  twin sister named Vanessa Merrell.

Veronica is 45 minutes older than her twin sister. She was easily born whereas her sister had to be delivered via cesarean “c” section, thus the 45 minutes age gap.

Veronica holds American citizenship but her ethnicity is a mix of Mexican, Portuguese, Spanish, German, and Irish.

She along with her sister, Vanessa attended the same high school and later enrolled in the same university but she took screenwriting as a major whereas her sister took TV Production as a major.

The twin sisters took a break from their studies in the fall of 2018 and now, they have returned to their studies.

She along with her sister, Vanessa uploaded their first video titled ‘What It’s Like to Be a Twin’ in their YouTube channel in 2009. They forgot about their channel for almost for two years and suddenly remembered. When they check their channel,  they found that the video had got more than 10k viewers and had got more than  2k subscribers.

Both of them become determined and encouraged and began uploading many videos in their account. The twin girls moved to Los Angeles in 2013 in order to pursue their acting career and got minor roles. She portrayed the role of Victoria in the series ‘Jane the Virgin’ in 5 episodes from 2014 to 2016.

She along with her twin sister appears in ‘Faking It’ in 2105, ‘The Standoff’ in 2016, and in ‘Hyperlinked’ in 2107. The twin has worked with several YouTubers like Harrison Webb, Collins Key, Gabriel Conte, and Dominic DeAngelis.

Veronica and Vanessa Merrell run a channel Merrell Twins on YouTube. From this channel, this twin sister has collected a net worth of $3 million.