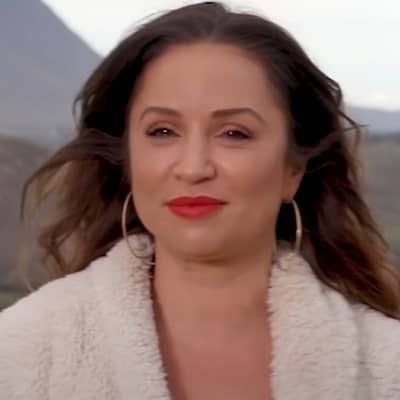 Veronica Portillo is possibly single. But she used to date Rachel Robinson in the year 2005. But they broke up in 2008.

She was also once linked with Abram Boise (2003), Brad Fiorenza, David Burns, and James Orlando. Moreover, in 2017, there were rumors of her having an affair with Aneesa Ferreira.

In 2012, Portillo revealed the news of her pregnancy. She was expecting a daughter. However, it was a stillbirth.

Who is Veronica Portillo?

Veronica Portillo is an American reality TV personality. She has participated in shows like Road Rules and Real World/Road Rules Challenge.

She is one of the creators of the 2000s College Dropout T-shirt line.

She was born on 27 Nov 1977, in Los Angele, CA, the United States. The identity of her father is unknown and her mother’s name is also unknown.

Veronica belongs of Cuban descent. Her brother, Adrian Portillo passed away at the age of 40 in Feb 2016.

Regarding academics, she attended the University of California in Berkeley.

Veronica Portillo has appeared in a reality TV show Road Rul. She was seen in two seasons of this show titled Semester at Sea and Viewers’ Revenge.

She also appeared in another TV project Challenge. For a total of 11 seasons, she participated and has won three times in seasons Challenge 2000, The Gauntlet, and The Inferno.

Some popular TV star’s net worth is,

This TV star is at present keeping herself away from rumors or any desperate scandals. But she was once suffered from anorexia and bulemia.

Regarding Veronica Portillo’s body features, her height is 5 ft 1 inch and her body weight is average in size. Moreover, the color of her eyes is light brown and her hair is dark brown.