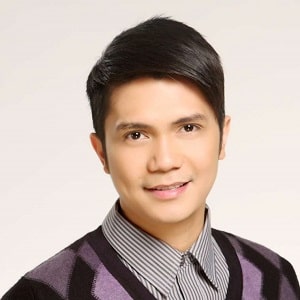 What is the relationship of Vhong Navarro?

Vhong Navarro was previously married to Bianca Lapus. The pair married in 1998. After nearly 10 years together, they separated in 2008.

Additionally, he also had an affair with Desiree Del Valle from 2006 to 2009. More recently, Navarro dated Tanya Winona Bautista. Then they exchanged vows on 28 Nov 2019. His wife is a screenwriter.

Who is Vhong Navarro?

People mostly know him as the host of ABS-CBN. Additionally, he is also a member of the dance group Street boys in the Philippines.

Navarro was born as Ferdinand Hipolito Navarro in Sampaloc, Manila, the Philippines on January 4, 1977. He was born to parents Danilo Navarro (father) and Imelda Hipolito (mother).

There is not much information available relating to his early life and childhood at present. He is of English and Philippine nationality. Furthermore, he belongs to a mixed ethnic background of Filipino, Kapampangan, Tagalog, Ilocano, and Pangasinan.

Talking about his education, there are no details available about Navarro’s educational background.

Navarro was initially discovered by director Chito S. Roño. Later, he made his television debut through the comedy series ‘Home Along Da Riles’. In 1996, he appeared in the TV series ‘Super Laff-In’ and ‘Istokwa’. Additionally, he portrayed the role of Jason in ‘Labs Kita, Okey ka lang?’.

He also played Samson in the TV series Puwedeng-powder. In 2000, he had roles in ‘Tugatog’, ‘Daddy O, Baby O!’, ‘Anghel dela guardian, and ‘Spirit Warriors’. Since then, he has appeared in numerous other movies and television series. All in all, he has over 50 credits as an actor.

Navarro has garnered the Gawad Urian Award, Golden Screen Award, and Star Award nominations. He has not had any wins to date.

Navarro has not revealed his current salary. In addition, there are no details available about his net worth at present.

Navarro became part of several controversies after he was attacked and severely beaten by a group of men on January 22, 2014. The incident took place inside a condominium unit in Fort Bonifacio. Later, Deniece Cornejo accused him of alleged attempted rape.

Further investigation proved the accusation to be false. Additionally, another rape case was filed against Navarro by Roxanne Cabanero. This accusation was also proved to be not true. At present, there are no rumors concerning Navarro and his career.

Talking about his body measurement, Vhong Navarro has a height of 5 feet 10 inches (1.78 m). Additionally, he weighs around 62 kg. Furthermore, his hair color is black and his eye color is brown.

Navarro is active on social media. He has a huge number of followers on social networking sites such as Twitter and Instagram.