Vice Ganda is self-acclaimed gay and prefers to wear his sexual status on his sleeve. During his growing-up years, he used to be a closet homosexual for which he had to put up with indescribable ignominy and bullying.

Furthermore, he is in a relationship. His boyfriend’s or partner’s name is Ion Perez. 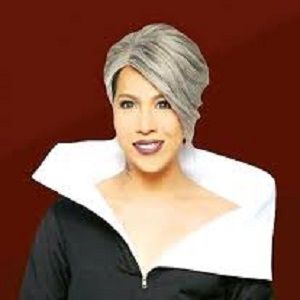 Who is Vice Ganda?

Vice Ganda is a  television presenter, Filipino comedian, actor, and singer. He is popular for his stage name Vice Ganda and best known for his stand-up routines.

Ganda is the youngest sibling amongst his five brothers and sisters. His mother was an Ilocano, hailing from San Juan, La Union, and his father was the administrative head of a district.

His father was murdered when he was very young, prompting his mother, an Ilocano from San Juan, La Union.

During his growing up years, he was lovingly called Tutoy before he became famous as ‘Vice’.

He started his career as a singer, then as a stand-up comedian for Punchline and The Library, and the owner Andrew de Real gave him the stage name “Vice Ganda”. He has worked with famous comedians such as Chokoleit, Pooh, John Lapus, and Rer kilay.

Ganda became part of Showtime, a talent search program where he eventually gained his present role as a regular presenter/judge in 2009. Besides, he has also hosted his own Sunday talk show, the consistently top-rated Gandang Gabi, Vice!. He became one of the judges in Pilipinas Got Talent in 2016.

In 2010, Ganda starred in a remake of the comedy film, Petrang Kabayo, which was an instant hit at its release. Ganda starred in the Filipino comedy film This Guy’s In Love With U Mare! directed by Wenn V. Deramas in 2012. He made another movie called Girl, Boy, Bakla, Tomboy in 2013. Moreover, Ganda released his first studio album, Lakas Tama under Vicor Music in 2011.

Moreover, he has won many awards such as Eastwood City Walk Of Fame Philippines in 2014, Star Cinema Awards in 2015, 6th EdukCircle Awards in 2016, 2nd Golden Laurel: LPU Batangas Media Awards in 2017, and many more.

In 2013, during a comedy concert program, Vice Ganda had to face biting criticism for satirizing gang rape. while appearing in one of the programs he apologized for his dishonorable and unprincipled behavior.

Vice Ganda: Salary and Net Worth

He earns a huge amount of salary from his but has not disclosed it to the media or public. His estimated net worth is around 75 million Philippine Pisco ($1.43 million).

Vice Ganda has an average body with black eyes and dyed blonde hair. Besides that, he is 5 feet 11 inches tall with a body mass of 67 kg.

The founder of Alibaba, Jack Ma and his weird ‘669’ advice to his employees for better work-related balance!

Hollywood personalities banned from Russia, Why!