Best Weather Reporting award by the Georgia Associated Press for her coverage of severe weather and a rare winter storm. 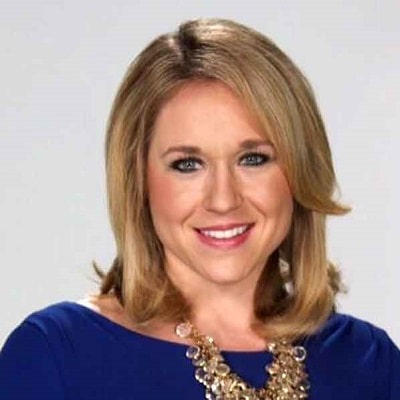 Who is Vicki Graf?

Vicki Graf is an American meteorologist and weather reporter.

Vicki was given the Best Weather Reporting award by the Georgia Associated Press for her coverage of severe weather and a rare winter storm.

Vicki Graf was born in 1986 in Marblehead, Massachusetts to mother Debbie.

She has a sister, Elizabeth Keithley, and a brother Bryan Graf. She keeps sharing pictures of her eldest brother in her social media posts.

In a tweet posted on 11th January 2019, she posed with her parents in Boston wishing her dad a happy birthday.

She attended Embry-Riddle Aeronautical University in Daytona Beach, Florida, in 2003 and graduated in 2007 with a degree in Applied Meteorology.

She credits her 4th-grade teacher for helping her gain interest in weather at an early age. She was interested in tropical systems when Hurricane Bob ravaged New England back in 1991.

After graduation, she joined as the Chief Meteorologist at WDHN-TV, located in Dothan, Alabama, in 2008.

She worked there for two years, she served WRDM-TV as a Weekend Meteorologist for nearly three years. After that, she moved to Charlotte, North Carolina, to work for WSOC-TV as a weekend morning meteorologist.

Since May 2018, Vicki has been working at WFXT Boston 25 News as a meteorologist and environment reporter. Apart from her journalism career, she used to be a gymnast but now enjoys running. In addition, she has completed 4 marathons and hopes to run the Boston Marathon someday.

During her term in Augusta, GA, she was awarded ‘Best Weather Reporting’ by the Georgia AP for outstanding coverage during an outbreak of severe weather and a rare winter snowstorm.

According to Indeed, the average salary of an American meteorologist is around $83773 per year.