Vicki Iovine is a media personality, actress, and author. She tied a knot with Jimmy Iovine and is the mother of four children.

Firstly, she tied a knot with Jimmy Iovine, a record producer, and entrepreneur in 1987. Together, they share four children, Jeremy Jade, Jamie, and Jessica. However, after living in a marital relationship together for twenty-three years they divorce in 2009.

Post the divorce, she walked down the aisle with David Coiro in May 2014. As of January 2019, they reside in Los Angeles. 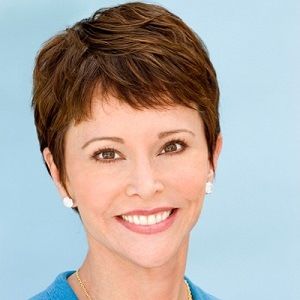 "I'm the Playmate whose IQ was three times greater than her bustline measurement." (commenting on the contrast of working for the L.A. Examiner and posing in the nude).

Who is Vicki Iovine?

Vicki Iovine is a media personality, actress, and author hailing from the United States. She is acclaimed for writing a best-selling book including Girlfriends’ Guide to Divorce.

Vicki Iovine was born in Los Angeles, California, the United States on  January 13, 1954. Her birth name is Vicki Ann McCarty and she is currently 68 years old. Her father’s name is James Iovine, Sr. and her mother’s name is unknown.

There is no information about her siblings. Vicki holds American citizenship, but her ethnicity is unknown. Her birth sign is Capricorn.

Talking about Vicki’s education history, she attended the University of California, Berkeley. Furthermore, Vicki did an undergraduate degree in journalism majoring in law from Hastings College of Law.

Vicki Iovine was an active member of the world’s largest sports organization for children and adults, Special Olympics. The icon is an ex-television producer and radio talk show host. During 1979, the she did the cover shoot for Playboy Magazine for September issue at a tender age.

Also, in 1982, Vicki stood out as one of the third finalists for the post of the hostess on the game show Wheel of Fortune. Besides speaking and modeling, Iovine is a fine author as well. Meaning, she published several books regarding Parenthood & pregnancy in Girlfriends’ Guide book series and many others.

In contrast, Vicki launched Best Friends Guidebook series that talks about The Best Friends Guide to Getting Your Life Back, Surviving the First Year of Motherhood. To sum up, she was featured in the movie Streets of Fire and TV series When Your Lover Leaves. The former model made a guest appearance on series The Waltons and Knight Rider.

She was nominated for Outstanding Show Produced by a Woman for Girlfriends’ Guide to Divorce (2014) at WIN Award. Hence, she has not yet won any of the awards.

As sources have calculated, Vicki has a net worth of around $950 million as of 2022. She has earned this sum of money from her professional career only.

The 65 years old media personality has maintained her celebrity status and has not harmed any other person in her career.