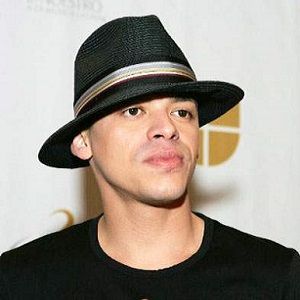 Who is Vico C?

Vico C, whose real name is Luis Armando Lozada Cruz. He is famous by his stage name Vico C. He is an American reggaeton rapper and songwriter. He is considered as the fathers of reggaeton and also the Father of Rap in Spanish.

Vico was born on September 8, 1971, in New York and raised in Puerto Ric. His father’s name is Rafael Lozada and Mother’s name is Margarita Cruz. His brother Jay Lozada is a salsa musician. He does not have any sister.

Vico C’s education history is not able to know. The school he attended and college he studied is not known.

Vico C grew up in the Puerta de Tierra barrio in San Juan. He started to learn acting classes by the age of nine. And he began his professional rapping career in 1985. At first, he used to visit different grocery stores or pharmacies. He there buys home recording tapes and uses to record different songs and then sell the tapes to his friends or family.

In 1989, Puerto Rico was very popular for rapping. And that time Vico-C stands as the Godfather of Spanish Hip Hop. Though there were also others who were rapping in the ghettos such as Brewley MC, Piro JM, Jimmy MC, Bimbo. Ruben DJ was actually Vico-C’s DJ before DJ Negro and the second of the rappers to record, by releasing “La Escuela”.

Vico C’s work had influenced everyone and he was signed to Prime Records. After that, he started the tour and visited different places including New York, Chicago, Miami, Mexico, Venezuela, El Salvador, Panama, the Dominican Republic.

In 1992  Vico has recorded different songs. His singles include “Saborealo” and “María”. They are considered as gold and platinum albums, respectively. Also in 1994, he was able to establish his own record company named VC Records.

Through it, he was able to promote different renowned singers just like Lissy Estrella, Francheska, Lisa M and so on. In the mid-1990s, Vico C met with the near-fatal motorcycle accident and it has caused so bad effect. It causes abuse of heroin, cocaine, and alcohol.

After that, he became an evangelical Christian. He then went into a voluntary semi-retirement. In 1998, he with Christian rap named CD Aquel Que Había Muerto bring out the album. His new CD  no sooner named gold. After that in 1999, he returned to the touring scene with his concert Antés y después. Consequently, he released a sequel with the singer named Aquel Que Había Muerto.

In 2004, Vico C released an album titled En Honor A La Verdad. While it couldn’t stand outstanding as his previous albums but was sold well. His one of the album’s singles “El Bueno, El Malo y El Feo”, was widely heard. The single was a great combination of the best rap artists.

Vico C’s album which has just released at around 2005, including Desahogo earned a great success and born June 3, 2006, he came back with another concert, El Encuentro.

Vico C is considered the pioneer of rap. He is known as the “father and creator of rap” among the music industry. He has also worked with artists like Big Boy, Eddie Dee, Ivy Queen, Héctor & Tito, Tego Calderón. Likely, he has also worked with producers like Baby Ranks, Tony Touch, and Luny Tunes.

He has sung different types of songs including salsa with singer Gilberto Santa Rosa and also with cumbia group named Kumbia Kings. Vico C is seen that he always has given priority to maintaining a Christian theme throughout his music.

Vico was awarded Latin Grammy Award for Best Urban Music Album in 2002. Likewise, he has also won Latin Rap Aibujm Award of the Year in 1999. Lastly in 2017 Vico C has won Vanguard Award.

Vico C: Salary and Net Worth

Vico C’s net worth is Under Review and hasn’t been revealed. He is well-known rappers and his work is appreciated by everyone. So he must have good earning and net worth.

Vico C is a recognized and loved by everyone. He doesn’t usually share his private matter in social media and his rumors and controversies aren’t known.

Vico C is a physically, mentally and socially healthy. He has black colored hair and black colored eyes. His other information about body measurement is unknown.