It’s reported Derbyshire had an affair with Sandell at BBC Radio 5 Live while he was married to the fellow presenter, Fi Glover. 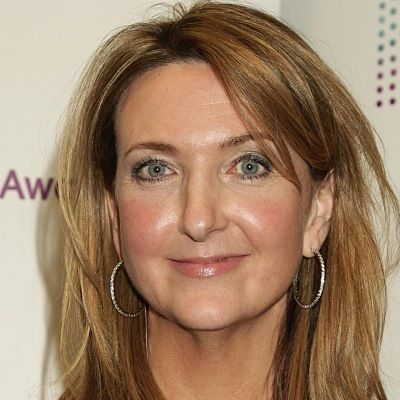 I like the way he talks to the bus, saying "Get out of the way!", like it can hear him.

Who is Victoria Derbyshire?

Victoria is a BAFTA, RTS and Sony award-winning English journalist and broadcaster. Likely, her eponymous current affairs and debate program has been broadcast on BBC Two and the BBC News Channel since 2015. She has presented Newsnight in the past. She formerly presented the morning news/current affairs and interview program on BBC Radio 5 Live between 10 am and 12 noon each weekday and was a 5 Live presenter for 16 years, departing in late 2014.

She has one brother (Nick Derbyshire), but her sister’s name is unknown. Victoria holds English- British citizenship, but her ethnicity is unknown. Her birth sign is Libra.

Talking about Victoria’s education history, she attended Bury Grammar School for Girls, an independent school, before studying English language and literature at the University of Liverpool. She joined a postgraduate diploma course in radio and TV journalism at Preston Polytechnic (now the University of Central Lancashire).

Talking about her profession, Derbyshire worked as a reporter in local radio, then joined BBC Radio 5 Live in 1998 as a co-presenter of the breakfast show with Julian Worricker. In the year 2003 Worricker left the breakfast show, and Derbyshire was partnered by Nicky Campbell. After a spell of maternity leave, she took over the morning news program in August 2004.

Additionally, Derbyshire has also worked on a number of television news and political programs including presenting Newsnight, appearances on This Week, an interview series, Victoria Derbyshire Interviews.., on the BBC News Channel, and Watchdog. Similarly, she hosted a sports chat show on Channel 4 on Saturday mornings called SportsTalk.

In the year 2011 Derbyshire made her debut on Have I Got News for You. In autumn 2013, under the new editorship of Ian Katz, Derbyshire began presenting Newsnight while continuing to present her daily 5 Live programs. Her current affairs program began airing on 7 April 2015 on BBC Two and the BBC News Channel.

On the morning of the Grenfell Tower fire, North Kensington, in June 2017, she interviewed a father of two who escaped the blaze with his family. Eventually, a clip of Victoria hugging him when he broke down as he described the horrors of what he witnessed went viral.

Derbyshire announced on Twitter that she had been diagnosed with breast cancer and would be having a mastectomy, but would continue to present her program as often as possible during treatment. She recorded video diaries about her cancer treatment, from her mastectomy through chemotherapy and radiotherapy.

She was awarded for British Academy Television Award for Best News Coverage.

She has an estimated net worth of around $3 million and she has earned around $104 thousand.

Victoria Derbyshire’s hair color is blonde and her eyes color is blue. Unfortunately, her height, weight, and other body stats are unknown.

Katie Price has changed her mind! She is now considering to place her disabled son Harvey is a residential school!