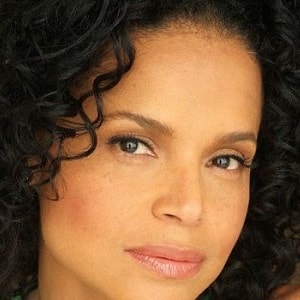 Victoria Dillard is currently single. Previously, she dated actor, Laurence Fishburne who met for the first time on the set of the film ‘Deep Cover’ in 1992. However, they could not hold the relationship and split after a few years of dating. She is currently residing in New York City and she is currently focusing on her venture.

Who is Victoria Dillard?

Victoria Dillard is an American actress who is best known for her co-starring roles as Janelle Cooper in the ABC sitcom ‘Spin City’. Also, she is widely recognized for her role as the wife of Denzel Washington’s main character in the 1991 action thriller film ‘Ricochet’.

She was born on September 20, 1969, in New York City, New York, USA. Victoria is currently 49 years old. She has not disclosed further information regarding her parents and siblings.

Victoria holds American citizenship and her ethnicity is Afro-American.

She started performing at the age of five with the company named Dance Theatre of Harlem. She worked there till she was eighteen and appeared in productions such as ‘Porgy and Bess’ at the Metropolitan Opera. Then, Victoria went on tour with Mickey Rooney in A Funny Thing Happened on the Way to the Forum.

It seems Victoria has not been awarded and nominated for her work till date. hope, she will win in the future.

She has maintained her celebrity status and has not been involved in any types of rumors and controversies in her career.

She has a height of 5 ft. 7 inches and weighs 52 kg. Victoria Dillard has dark brown eyes and brown hair. Her body measurement is 35-25-36 inches and her bra size is 30B.