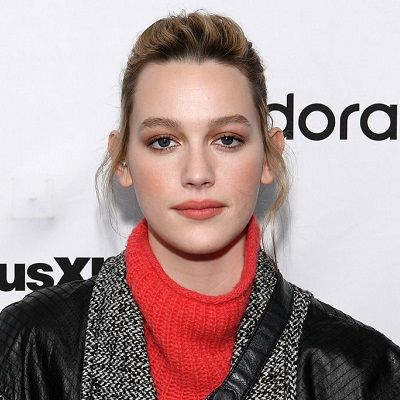 Victoria Pedretti is possibly single. She has not revealed her past relationship as well.

She is a family girl as she loves spending time with her family. Pedretti is a dog lover and shares pictures of dogs on Instagram.

Who is Victoria Pedretti?

Victoria Pedretti was born on 23rd March 1995 in Philadelphia, Pennsylvania, USA. She is the daughter of Michael who was a professor. Pedretti has not revealed about her mother and siblings. But she uploads her childhood pictures with her mom on Instagram.

She educated from the Pennsbury High School in Fairless Hills. After that, she attended the Carnegie Mellon School of Drama in Pittsburgh. In the year 2017, she graduated with a Bachelor of Fine Arts in acting.

In the year 2018, Victoria played the role of Nell Crain in the 2018 series The Haunting of Hill House. It is an American supernatural horror drama directed by Mike Flanagan.

After that, she played the role of Love Quinn in 10 episodes of You. She also appeared as Evelyn Porter in the 2020 series Amazing Stories.

Her upcoming series is the 2020 supernatural horror Haunting of Bly Manor.

In the year 2014, she appeared in the short movie Sole and Uncovering Eden. In the year 2019, she played as Leslie “Lulu’ Van Houten in Once Upon a Time in Hollywood.

It premiered on 21st May 2019 at the Cannes Film Festival.

She was part of the movie Once Upon a Time in Hollywood which made box office collection of 389.3 million.

Victoria is doing well in her career. She has not been part of any rumors and controversy.

Victoria has brown hair and grey eyes. Similarly, she is 5 feet 4 inches tall and weighs around 55 kg.

Back in January 2020, she dyed her hair blonde.

Victoria has around 1.4 million followers on Instagram. She is following personalities like Maggie Rogers, Micah Stock, Lucy Hale, Christopher Kane, Simone Rocha, and others.

She is not active on Facebook and Twitter. But there are fan accounts made on her name.