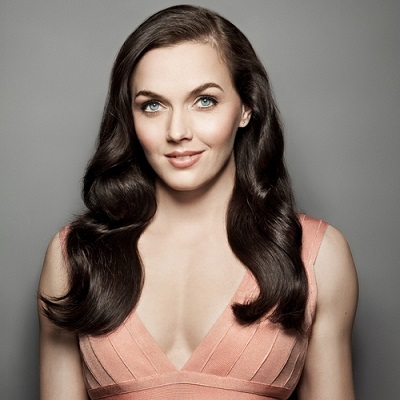 I'm someone who wears their heart on their sleeve

I have always loved animals and groomed friends' horses as a child. I think I may have even ridden the odd seaside donkey in my early years

You look at a horse, and he's such a majestic, beautiful, powerful creature that you can't not be impressed. I love scraping the water off them when I wash them down because you go all round the contours, and its muscle and body, and you just think, 'Ooh, isn't this a magnificent creature.' You're touching it, and it's just solid, carved muscle

I worried I was a boyish shape. I always thought I might grow some, but it never happened

People say, 'Wow, you've achieved it all this year: two world championship wins and an Olympic gold medal.' And I think, 'Yeah, but how come I feel so unsatisfied and under pressure all over again?'.

Victoria Pendleton is currently single after being divorced from Scott Gardner. Her relationship with Scott began in around 2008 in the Olympics.

After a long-time relationship, they got married in September 2013. Unfortunately, in July 2018 she announced the divorce.

Who is Victoria Pendleton?

Victoria Pendleton is a British jockey and former track cyclist. She specialized in the sprint, team sprint, and keirin disciplines. In addition, she is a former Olympic, European, and Commonwealth champion.

She has won two golds and one silver in the Olympics making her one of the most successful Olympians in British history.

Victoria was born on 24 September 1980 at Stotfold, Bedfordshire, England. She was born to her father Max Pendleton who was a former British National 8 km grass track cycling champion, and her mother Pauline M. Viney. Victoria was born with her twin brother, Alex.

Moreover, she has an older sister. Her name is Nicola Jane. Her ethnicity remains unknown. She is of British nationality.

Pendleton studied at Fearnhill School in Letchworth Garden City. After that, she earned a degree in Sport and Exercise Science from Northumbria University, Newcastle upon Tyne.

In 2001, Victoria Pendleton competed in the British National Track Championship. Amazingly, she won three silver and one bronze medal. Moreover, in 2002 she joined the World Cycling Centre in Aigle, Switzerland, where she trained till 2004.

In the 2002 Commonwealth Games, she finished fourth. Moreover, she won the World Cup event in Manchester and positioned 2nd overall for the sprint. Also, she won her first gold medal in 2005, during the UCI Track Cycling World Championship. This also led her to become the third British woman to win the world cycling in 40 years.

In March 2015, Victoria announced her dream of becoming a jockey. She made her debut appearance in Betfair Novice Flat Amateur Rider’s Handicap at Rippon. Also, she managed to finish in second place.

On 2 March 2016, she won finally the race at Wincanton. Similarly, on 18 March 2016, she participated in her dream competition ‘Foxhunter Chase’ at Cheltenham and managed to finish fifth.

Outside of the sports world, she featured on the cover of FHM in the July 2009 issue. Additionally, she also featured in Harper’s Bazaar magazine in 2012. Moreover, she also became the brand ambassador for Pantene hair-care.

In September of 2012, before her retirement, she published her autobiography titled  ‘Between the Lines‘.

She has won one gold medal in the Commonwealth Games. Similarly, she has also won World Championships five times.

Furthermore, she has also won the Olympics gold medals two times and Olympic Bronze Medal once.

The exact net worth of Victoria remains unknown. However, according to some notable online sources, Victoria has an estimated net worth of around $1 million.

However, her annual income is still under review. Her main source of income is her career as a cyclist and a jockey.

Her romantic relationship with Scott Gardner who was a sports scientist with the British Cycling coaching team caused some problems for the pair. This was criticized as people felt it was unprofessional for two members of the team to be romantically involved

Victoria Pendleton has a height of around 5 feet 5 inches. Similarly, she has weighs around 60 kg. Also, she has brown colored hair and blue eyes.

You may also like to read about the bio, career, net worth of  Lance Armstrong, Rollo Weeks, Geoff Huegill.

Victoria Pendleton reveals the reason of her split from her husband Scott Gardner!