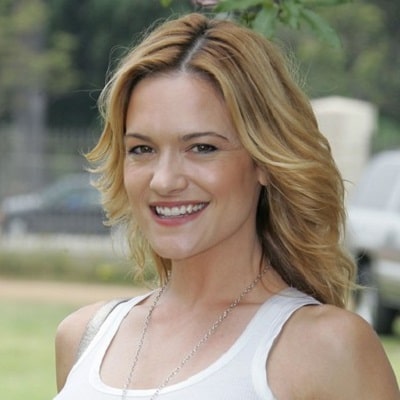 Acting isn't the be-all end-all. There are a lot of other things in my life that will bring me joy if I didn't act anymore.

There are a lot of great actresses out there. You learn to appreciate each one for what they offer.

We don't move on in the stunt unless it looks like a hit. So when I see it on TV, I'm generally satisfied that people are going to buy it.

Victoria Pratt is a married woman. She has been married Trace Adkins since October 12, 2019.

The couple wedded in New Orleans in the presence of friends and family. They met for the first time on the sets of 2014 film ‘The Virginian’ and soon began dating.

Previously, she married T.J. Scott from 2000 to 2016, is an award-winning director and photographer. The couple did not welcome any children from their relationship.

She currently lives with her husband. Also, she divides her time between Toronto, Los Angeles, Nashville, and New Zealand.

Who is Victoria Pratt?

Victoria Pratt is a Canadian actress, author, and fitness model. She is best known for her appearance as Jackie Janczyk ion ‘Once a Thief’, Rose ‘Sarge’ on ‘Cleopatra 2525’, and many more.

She was born on December 18, 1970, in Chesley, Ontario, Canada. She was born as Victoria Ainslie Pratt. Pratt has not disclosed anything about her parents and siblings.

Also, she has a blue belt in Shotokan karate and is a keen kickboxer. Victoria holds American citizenship but her ethnicity is unknown.

In addition, she was offered a scholarship to attend the master’s program in physiotherapy at the University of Toronto but she declined it.

During her time at York University, Victoria Pratt made a notable mark in the fitness world as a performance tester. She collaborated with various athletes including players from the Toronto Maple Leafs and San Jose Sharks, among others.

After graduation, she met Robert Kennedy who suggested she go for modeling. Fortunately, she found success as a fitness model and made her appearances on several magazine covers and also got opportunities to work alongside future stars Trish Stratus and Torrie Wilson.

She debuted her film career from the movie called ‘Legacy’ in 1998 and made her guest appearance in the several hit TV series such as ‘CSI: Crime Scene Investigation’, ‘Lie To Me’, etc.

In addition, she was named Oxygen Magazine’s ‘Cover Girl’ in 2011. Moreover, she is the author of the book titled ‘Double Down’ which was published in October 2015.

She likes salsa dancing, hiking, and playing volleyball. Her favorite celebrities are Leonardo DiCaprio and Charlize Theron. Her favorite food is pizza, fries, and ice cream.

Victoria Pratt has a height of 5 ft. 6 inches and weighs 55 kg. Also, Victoria has blue eyes and blonde hair. Her body measurement is 35-25-36 inches and her bra size is 34B.

To know more about Shane Kilcher, Jackie Mandel, and Hannah Gosselin, please click on the link.