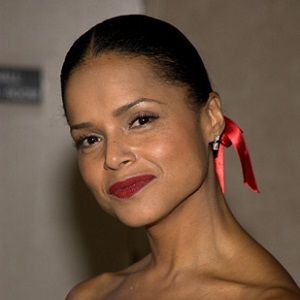 As you know, I've had more than 14 years of daytime drama experience beyond The Young and the Restless, but that is the most iconic role that I played in the daytime, as Drucilla Winters. I very quickly saw the disparity for African-Americans not only in front but behind the camera and was very active in diversity in the genre of daytime drama television

I was introduced to her [Myrna Colley-Lee's] literacy organization many years ago and was invited to Mississippi. I had the great honor of collaborating. I was invited to the local high school, and I spoke and I was taken to the SonEdna art center. I'm also involved in literacy. The high incidence of illiteracy in the South and teen pregnancy, I absolutely wanted to make Mississippi a part of the story. Besides that, the historical civil rights aspects of Mississippi. To me, it all matters. It all collides. It all has to matter. In my opinion, to live a full, bountiful, abundant and give-back life, you have to know the history. You've got to look back to move forward

Being Emmy-nominated is hugely a part of my story and my imprint as an actress. I've worked in Hollywood over 25 years with the likes of Sam Jackson to Eddie Murphy to Will Smith. I've worked with Mario Van Peebles. I've worked with Forest Whitaker, Dick Van Dyke, Jim Carrey, lots of incredible actors, black and white. Roc Dutton, Robert Townsend and, of course, Shemar Moore. Today, my highest achievement is being the owner, creator, executive producer, director and co-writer and actor of ... and in The Rich and the Ruthless.

Victoria Rowell has been married twice in her life. Other relation or affair of her before the marriage is not yet
known if there exists any.

Victoria Rowell was married to Tom Fahey in 1989. They have a daughter named Maya. But their marriage didn’t work out and they separated the following year.

After that, she had a long-term relationship with musician Wynton Marsalis; and they had a son, Jasper. She had married to Radcliffe married on June 27, 2009, in Dublin, New Hampshire. But the relation didn’t work out and they got separated in 2014.

Who is Victoria Rowell?

Victoria Rowell is an actress, writer, producer as well as a dancer. She belongs to an American nationality. She joined the cast of the CBS daytime soap opera, The Young and the Restless, as Drucilla Winters in 1990. Then she was also nominated for three Daytime Emmy Awards.

Furthermore, she had starred alongside Eddie Murphy in the 1992 comedy The Distinguished Gentleman and later had acted in the movies like Dumb and Dumber in 1994, Barb Wire in 1996, as well as Eve’s Bayou in 1997.

Victoria Rowell was born on 10th May 1959 in Portland, Maine, the U.S. Her ethnicity is mixed(African-American and English).

She is the daughter of father Robert Armstead and mother Dorothy Rowell. They are her biological parents. Later, she was adopted and given foster care. She has two siblings both sisters: Lori Rowell and Sheree Rowell. She seldom knows about her biological as he left when she was very young. She has met her mother hardly thrice in her lifetime. Her grandfather’s name is Harry S. Collins and he was a fisherman.

Furthermore, she had begun ballet lessons and had joined the Juilliard School of Music Dance Extension program with Antony Tudor. She had also accepted guest-artist teaching posts in New England.

Heading towards her career, she had started her career from 1987. She had become an in-demand runway and catalog model. The same year, she had made her movie in the comedy film Leonard Part 6 opposite Bill Cosby. The next year, she had the recurring role of Nella Franklin on the CBS daytime soap opera, As the World Turns.

Then she had become unhappy with the soap opera behind the scenes, labeling daytime television in 2007. She had posted a series of tweets criticizing the show for not having enough African-Americans in decision-making positions. ‘Young & Restless’ on the air for 40 years in 2014.

Subsequently, she had suffered from legal issues from 2015-2017 which ruined her life.

Through her hard work in her professional field, she has earned the net worth of $2 million. But her salary is unknown.

Moving towards the awards and achievements, she has won many awards in her life. She has achieved 11 NAACP Image Awards for her portrayal of Drucilla, Outstanding Scene Stealer and Outstanding Actress in a Daytime Drama Series.

Her recent activities say that when she divorced her husband Radcliffe, the news but the news was true as the couple separated in 2014. She also told her ex-husband not to harras her.

Victoria Rowell has a height of 5 feet 7 inches and weighs 61kg. She has a pair of beautiful black eyes and gorgeous dyed black hair, her body measurement is 36-25-37 inches. Her dress size is 8(US) and shoe size is 7.5(US).