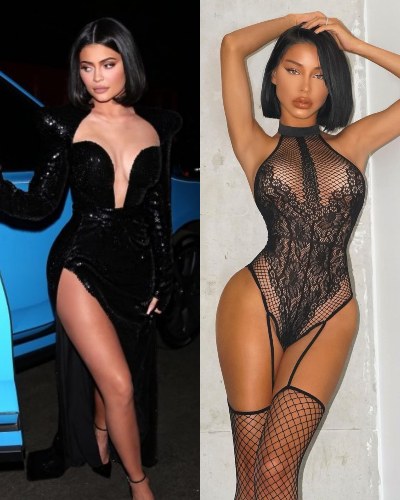 Model Victoria Vanna accused Kylie Jenner and her friends Stassie Karanikolaou and Jordyn Woods in a TikTok video of making fun of her dancing skills on the set of Tyga’s music video Ice Cream Man. She captioned and wrote,

“being a model isn’t always as fun as it seems especially around celebs. The time i did togas music video & Kylie Jenner was on set bullying me w her friends. As soon as I walked out, she was looking me up and down whispering and pointing and making fun of, like, how I was dancing. They were all just making fun of me, clearly.”

She revealed that she felt like crying so went outside for fresh air. After that, Kylie with her friends went to the parking lot and went inside their white Rolls Royce where they were eating at McDonald’s. Vanna walked by them and heard them still talking about her. Victoria added,

“I felt my face get hot, because I was like excited to meet her, and I just felt bullied for no reason. And I really was so excited that she was even there.”

She made the video to advise people to not bully anyone and claimed that she is not mad with Kylie and her friends. But the youngest Jenner denied the claims of Victoria and said that it never happened.

What is the age of Victoria Vanna?

Victoria Vanna was born on 29th April 1995 in Puerto Rico. She is 26 years old at present. She is a model and make-up artist and has modeled for the clothing line Lady Lux Boutique. Likewise, she owns an online brand called Kolure and is the CEO of the website FlyJetKing.

Vanna has also appeared in the movie New Edition. She has worked with French Montana, Tyga, and Kanye West. She has gained 93.6k followers on her Instagram account and shares her modeling shots on her account. She usually dons clothes from Pretty Little Thing.

Also read Who is Bronwyn Vance dating? All about her age, parents, and family

The famous American reality Television star is a socialite, model, and fashion designer. Kylie Jenner gained stardom through her Kardashian family and appearing on the immensely popular show Keeping Up with the Kardashians. In 2015 Kylie also launched her own cosmetic line named Kylie Cosmetics which was a massive success. She is a social media star with millions and millions of followers. Read more bio…