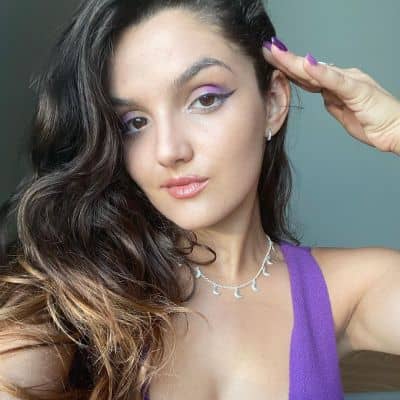 Victoria Vida is currently single and she is not dating anyone at the moment.

The celebrity has kept her relationship low-key.

Besides relationship and affairs, Victoria prefers to spend time outdoors. She regularly goes to the beach and visits different cities as well.

Who is Victoria Vida?

Victoria Vida is a well-recognized American actress, singer, and songwriter. Vida is widely famed for her appearance as Adrienne Atoms in the popular Netflix original series entitled, “Project MC2”.

Victoria is the daughter of her father, Jason Worrall whereas her mother’s name is Sara Worrall. Moreover, Victoria has a younger brother, Jack Worrall. Professionally, Jason is an American plastic surgeon.

Talking about her nationality, Vida holds an American nationality whereas her ethnicity is mixed (North American-Brazilian). Also, she follows the Christianity religion.

Regarding education, Victoria has not revealed her educational details. However, she shifted to Los Angeles along with her mother to practice a ballet dance. She studied at the Hollywood Pop Academy music school.

A multi-talented personality, Victoria Vida started focusing on an acting career from her early age. She was just 8 years old when she performed a solo in the crowd of Stevie Wonder show audience. Vida released her first song ‘Shining Star’.

Victoria started in the acting industry portraying the role of Theatre Kid in the Trophy Wife. The series is an American TV sitcom that featured during the year 2013-14 on ABC(American Broadcasting Company) network. The series starred its first episode on 24 September 2013 and last episode on 13 May 2014.

Moreover, she was also featured in Project MC2 opposite Ysa Penarejo. Her performance was highly appreciable and earned high popularity. She had the notable role of Adrienne Attoms- a chemical engineer who discovered her talent for cooking in the series.

Meanwhile, Vida has been invited as a guest by the actress Eva Longoria to be an associate of the Global Gift Foundation.

Juvenile actress, Victoria Vida has earned decent money from her profession as an actress and singer. She is involved in her profession from 2012 till now.

It is reported that Victoria Vida has an estimated net worth of $500 thousand.

However, she has not stated her exact salary, earnings, and assets details in the public yet.

The rising star, Vida has never been part of any controversial matter or rumors till now.

It seems she prefers enjoying her personal life and does not want to merge it with her professional life.

Talking about her physical appearance, Victoria Vida has gorgeous looks as well as a charming personality. She stands at a height of 5 feet and 5 inches. Also, she has a balanced body weight of 45 kg.

However, the star has not disclosed her exact physical information to the public.

About her social media presence, Victoria is an active personality on social media. Vida has more than 102 k followers on her official Instagram account @victoriavida. She is also active on Twitter with around 3k followers.

Moreover, the star is also available on Facebook with nearly 2.6k fans and supporters.

Vida is also active on Twitter with more than 1.1 million followers.