Posted by MarriedBiography Posted on February 21, 2020 | In controversy , Lifestyle
Share this 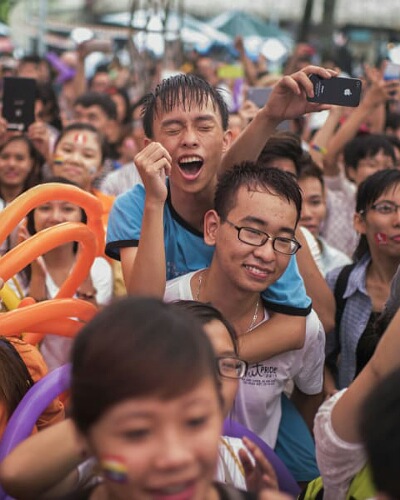 Racial, gender, or sexual discrimination is bad but then some countries continue to violate human rights. Vietnam is one such country which continues to blatantly ignore laws which are in place in order to prevent discrimination, social stigmatization, and bullying. The Human Rights Watch has accused Vietnam of teaching its young people that being gay is a disease.

Vietnam – the violator of human rights

In Vietnam, there is a legislation to support and protect the vital rights of the LGBTQ+ community. But despite that, the Vietnamese schools and also parents teach that same-sex attraction is a form of disease and a mental illness. And hence the young should refrain from it. They add that one can treat and cure it.

This stigma about homosexual orientation has led to verbal harassment and bullying of the same-sex couples. The Human Rights Watch (HRW) on Thursday 13 February 2020 published its report in which it stressed this aspect of Vietnam. The report also mentions that there have been cases of physical violence following such harassment and bullying.

Hence human rights activists have urged the Vietnamese government to fulfil the clauses in its constitution for the LGBTQ+ rights.

HRW has openly criticized the Vietnamese government in its failure to look after its LGBTQ+ people. Graeme Reid from HRW said:

“Largely thanks to a vibrant civil society-led LGBT rights movement, social awareness and acceptance of sexual orientation and gender identity has increased greatly in recent years in Vietnam. The government’s actions, however, have so far not officially reflected these changes,”

“One result of the sluggish policy change is that social perceptions in many cases remain mired in outdated and incorrect frameworks. These include the widespread belief that same-sex attraction is a diagnosable mental health condition.”

About the magnitude of the discrimination problem

The detailed report on the problems faced by the LGBTQ+ people in Vietnam states that people in public and private schools bully and verbally harass the same-sex loving people. This happens not only in rural areas but also in urban schools. To add to the insult, teachers use derogatory remarks and often refer to homosexuality as a mental disease. Parents also threaten such homosexual youths with violence, expulsion, or medical treatment. The Human Rights Watch had interviewed 52 LGBTQ youth, teachers and other school staff in Vietnam and reached this conclusion.

Click to read on Australian fashion brand Cotton On opens its first store in the Ho Chi Minh City of Vietnam!

“During a class to educate us about family and marriage, the teacher said: ‘Homosexuality is an illness and it’s very bad.’”

“There’s a lot of pressure on kids to be straight. It’s constantly referenced that being attracted to someone of the same sex is something that can, and should be, changed and fixed.”

In 2015, Vietnam had voted that individuals with gender reassignment surgery can register under their new gender. But no law has been passed on it. In 2019, Vietnam’s education ministry created new guidelines for an LGBTQ+ inclusive sex education curriculum. But the schools have not yet implemented it. Ngo Le Phuong Linh, director of the ICS Centre, an advocacy rights group in Vietnam says:

“We need stronger steps from the government to tackle discrimination and create a safe and inclusive educational environment for our youth,”