Vince Carter is an American NBA player for the team, Memphis Grizzlies. Vince was previously married and currently not dating anybody according to the sources.

Reflecting on the personal life of Vince Carter, he is currently divorced.

Vince was previously married to Ellen Rucker Sellers. He married a chiropractor Rucker in July 2004 but due to some reasons, they eventually got divorced in 2006. They have one daughter Kai Michelle Carter who was born on the 1st of July 2005.

He also had an alleged affair with Sheneka Adams. 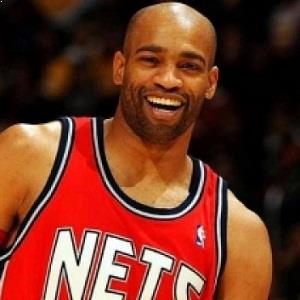 I just enjoy playing and having a good time. Of course, people love to see the dunks and I'm just crazy enough to try the things they want to see.

When asked if he pushed himself as hard as he should have in Toronto: "In years past, no. I was fortunate to have the talent... you get spoiled when you're able to do a lot of things. You see that you don't have to work at it."

When Tristan [Thompson] said I was their Michael Jordan... I didn't know how to react when he said that to me.

Who is Vince Carter?

Vince Carter is a well-known American professional basketball player who has been playing basketball since high school.

He is best known as a player from Memphis Grizzlies wearing jersey number 15. He is a member of the Omega Psi Phi fraternity.

Tall and handsome Vince Carter was born in Daytona Beach, Florida on 26th January 1977. He is of African-American ethnicity and American nationality.

For his schooling, he joined Mainland High School in Daytona Beach where he was honored by McDonald’s All-Americans. After completing high school he joined the University of North Carolina where he reached twice in the Final Four of the NCAA Tournament.

Talking about the career journey of Vince Carter, he started playing basketball professionally as soon as he graduated. He is active in the sports field since 1998 and he is still playing. He started playing for Toronto Raptors in 1998 but he left the team in 2004.

At the beginning of his career, he won the NBA Rookie of the Year Award.

In 2001, he signed a six-year extension with the Raptors for 494 million. Later Carter was traded to the New Jersey Nets although he wanted to stay in Toronto.

He signed a 4-year contract with the Nets for $61.8 million and after the completion of his tenure with the Nets, he joined Orlando Magic in 2009.

After leaving Orlando Magic he played for Phoenix Suns in 2010 but soon left in the year 2011.

He became a free agent leaving the Suns and signed a 3-year contract with Dallas Mavericks.

Then on 12 July 2014, he signed with Memphis Grizzlies and since then he has been playing for the team. He has also played for the national team representing the USA in the 2000 Summer Olympics.

Besides his basketball career, he has also appeared in video games, television sitcoms, and films. He has also opened up a restaurant in Daytona but closed it in 2016.

His success in the career path has paid him well financially. Although his salary has not been disclosed, his net worth is said to be $65 million.

He was once rumored to have hooked up with Sheneka Adams. Vince is hated because he had behaved immaturely when he wanted to leave the Raptors.

He was unhappy with the Raptors’ management and to get traded to New Jersey Nets,  he deliberately did not play well and made life hell for the Raptors.

Vince has a height of 6 feet and 7 inches. He weighs 99 kg. He has black eyes and he is bald. His shoe size is unknown.