Vince Neil is an American singer and musician

Vince Neil was previously married to Beth Lynn in 1981 but later divorced with her in 1985. However, they share a daughter named Elizabeth Ashley. Later in 1987, he married a model and mud wrestler  Sharise Ruddell. With her, he had one daughter, Skylar but she died of cancer at the mere age of 4. This relationship also ended up with divorce in 1993.

As for now, he is a longterm relationship with Rain Andreani since 2011 and they are going pretty well.

He has a son named Neil Jason Wharton from girlfriend Tami Jones. 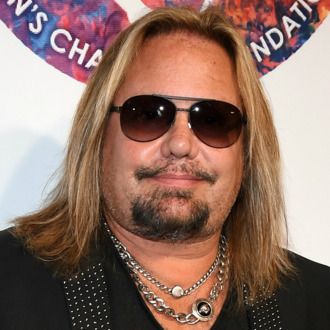 Everybody has forgotten about showmanship. People don't look like rock stars any more. They just look like regular dudes off the street.

Man, I have had so much plastic surgery, I don't even recognize myself, sometimes. If I catch a glimpse in a window or something, I think it is someone else.

Who is Vince Neil?

Vince Neil is an American singer and musician who is best known as a lead vocalist of the famous heavy metal band Motley Crue. He had his vocals in the hit singles like “Girls, Girls, Girls” and “Dr. Feelgood”. Furthermore, he has taken part in many reality TV programs.

Vince Neil was born to Odie and Shirley Wharton in Hollywood, California, the USA on February 08, 1961. He has mixed ethnicity of native American from father and Mexican from his father and of American nationality.

He was enrolled at Sunflower Intermediate School and later Royal Oak High School in Los Angeles County. In his school days, he was started getting much interest in music loves playing other sports like football, baseball, basketball, and wrestling.

Neil got attention while performing for his band Rock Candy in 1979 and later joined Motley Crue. And with the band, he released the first album Too Fast For Love in 1981. This was followed by a string of hits such as Shout at the Devil and later highest selling album in 1989, Dr. Feelgood making them the one of the biggest heavy metal band of the ’80s. Unfortunately, in 1992 Motley Crue parted ways with Neil.

After parting with the band, he goes solo and released his first album Exposed in 1993 followed by Carved Stone in 1995. These both the albums were successful in the Billboard list. Again, in 1997 Motley Crue reunite with and gave numerous hits such as Generation Swine, New Tattoo and Saint Of Los Angeles. Besides music he has been part of many reality TV shows, TV series and has done few films too.

Talking about his earning, he has saved a decent amount through his music career and business ventures such as Tattoo Parlour, Restaurant and Bars. He has an estimated net worth of $50 million.

Vince Neil was involved in drinking and hitting the oncoming vehicle in 1984. Later, he was charged with manslaughter and crashing a car under the influence of alcohol and fined $2.6 million restitution to the victims along with 30 days in jail and five years of probation.

Later, his controversy was further fueled after punching record producer in 2002 which was followed by an accusation of sexual assault with a sex worker in 2003. This was continued with the arrest in 2004, 2007, 2010 and 2011 for various reason.

Vince Neil has a decent height of 5 feet and 9 inches and weighs around 74 kg. Furthermore, he has blonde hair and dark brown hair.